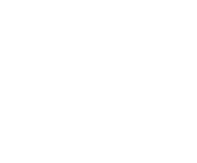 Hip-hop is its own culture, but at its core, it is a form of storytelling that is raw, emotional and personal. For some, it is a passport to fame and fortune. For most, hip-hop offers a way to tell a story through one's own perspective.

In April, the Post-Gazette invited anyone 16 and over to write a rap answering the question, "What is it like living in Pittsburgh?" We received dozens of submissions, but six stood out. Scroll to hear their verses.