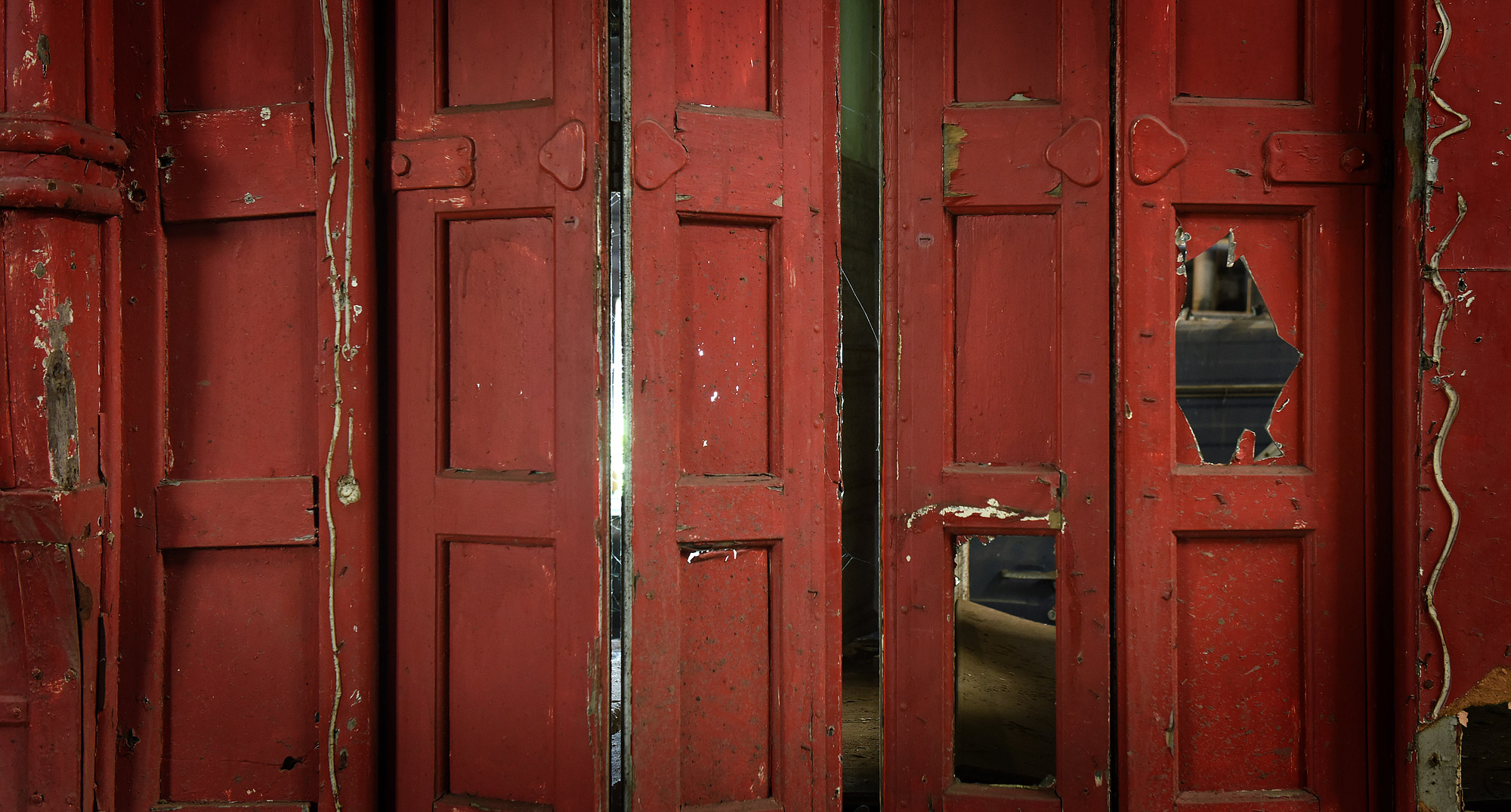 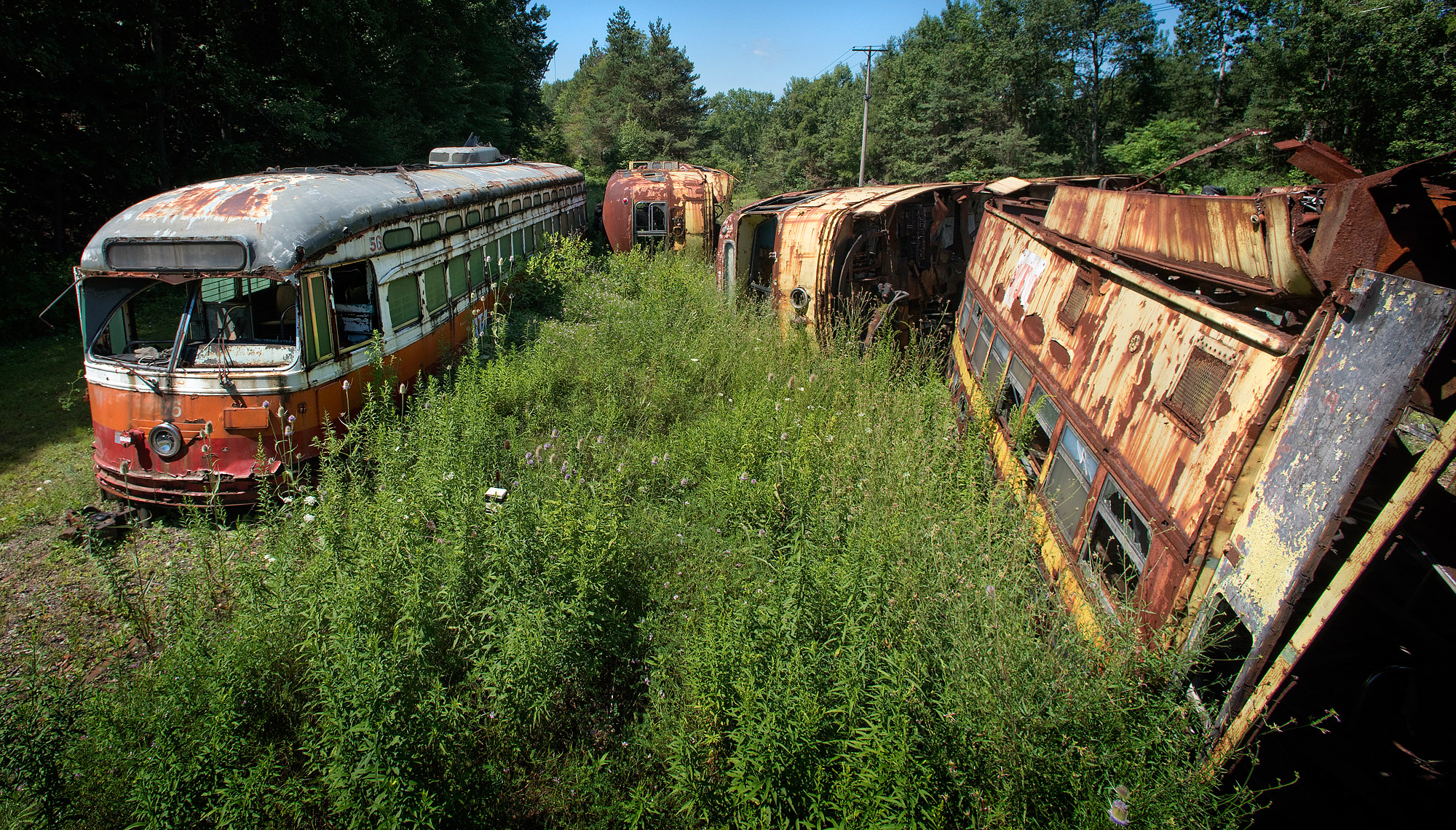 These aging vintage streetcars in an old rail yard in Windber, PA, are part of an effort to once again make trolleys part of American life. (Photographs by Steve Mellon) 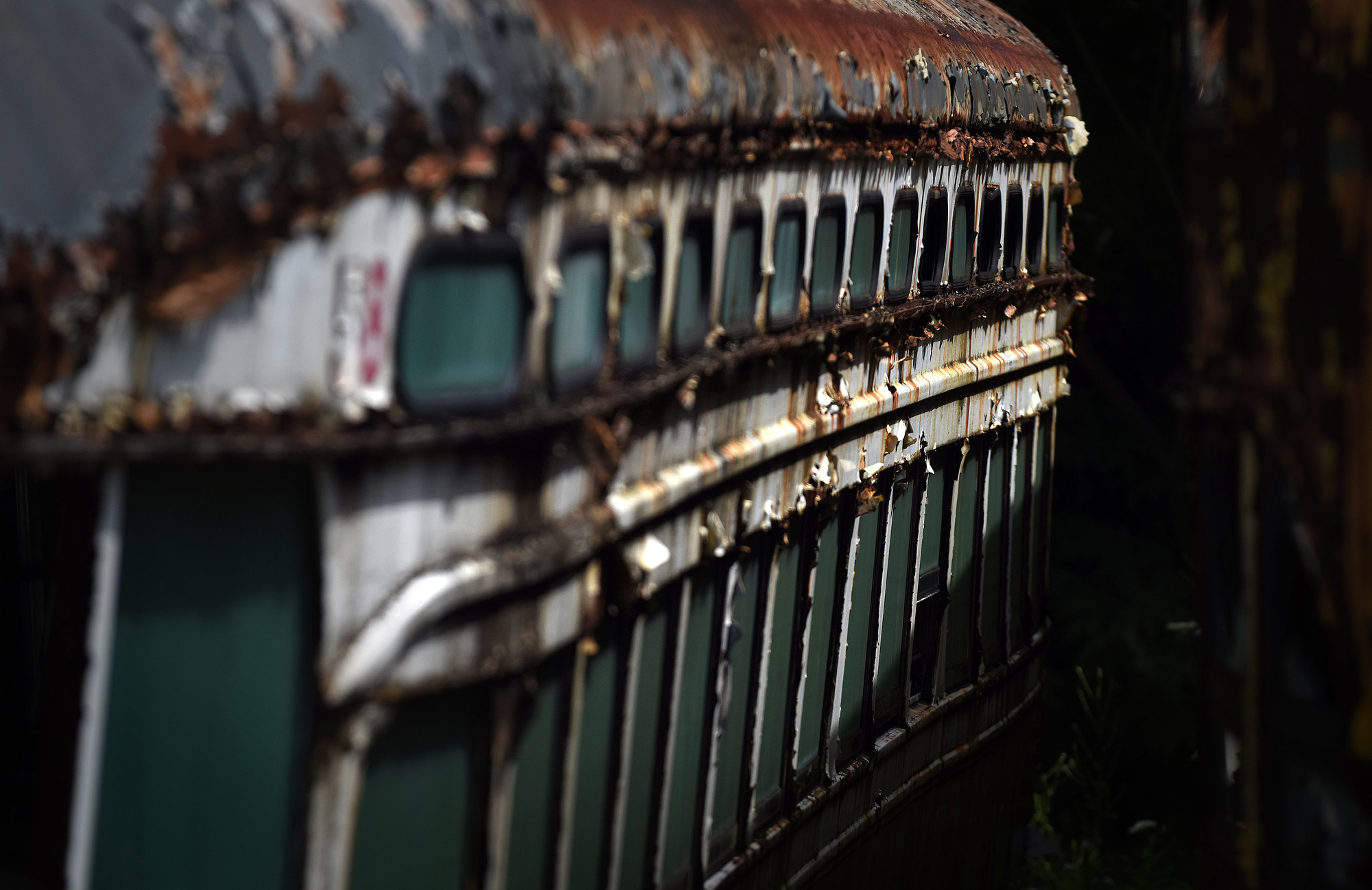 Some of the streetcars are exposed to the weather, which has taken a toll. 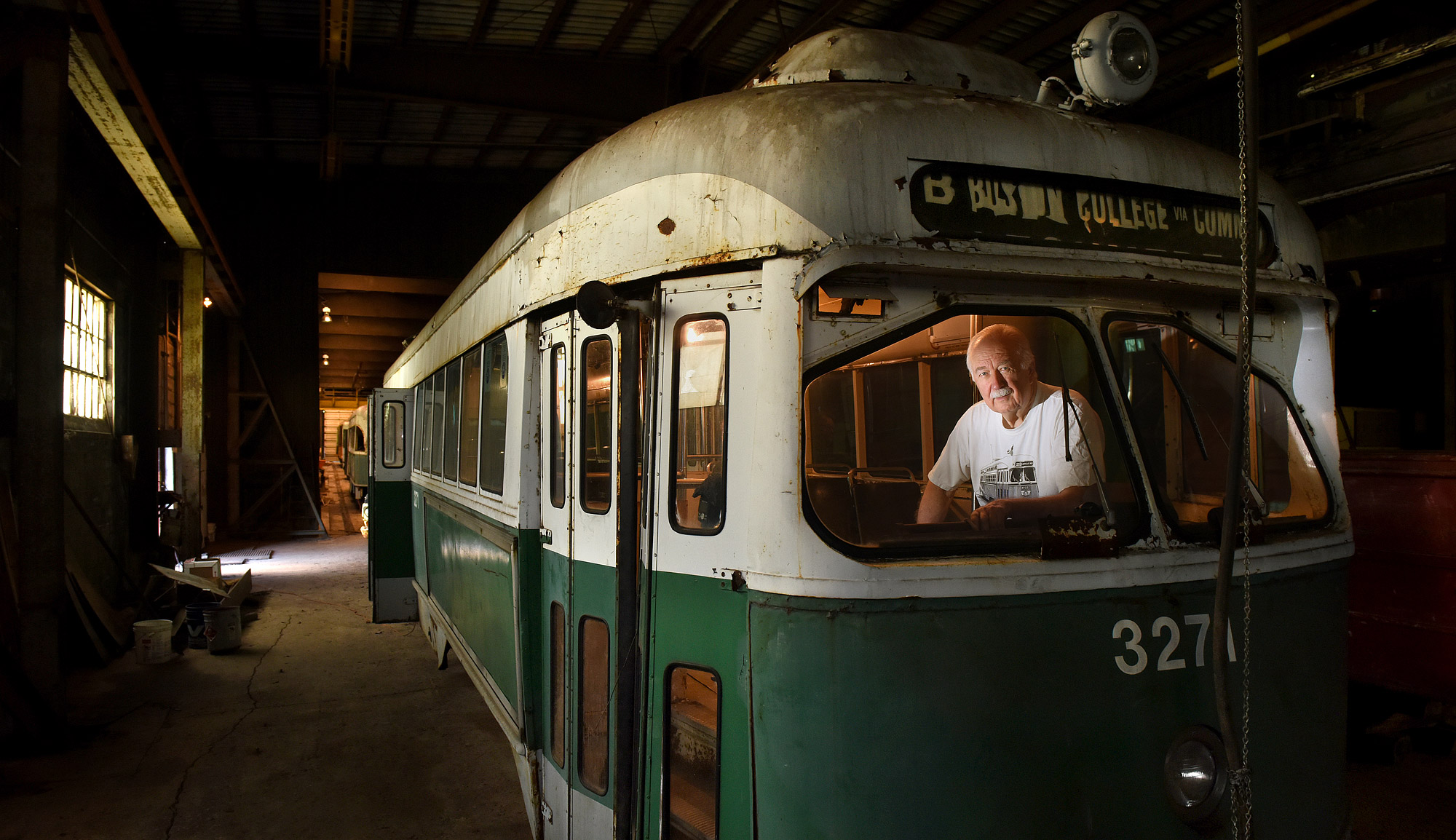 Edward Metka, a retired civil engineer, began collecting the streetcars in the 1980s. 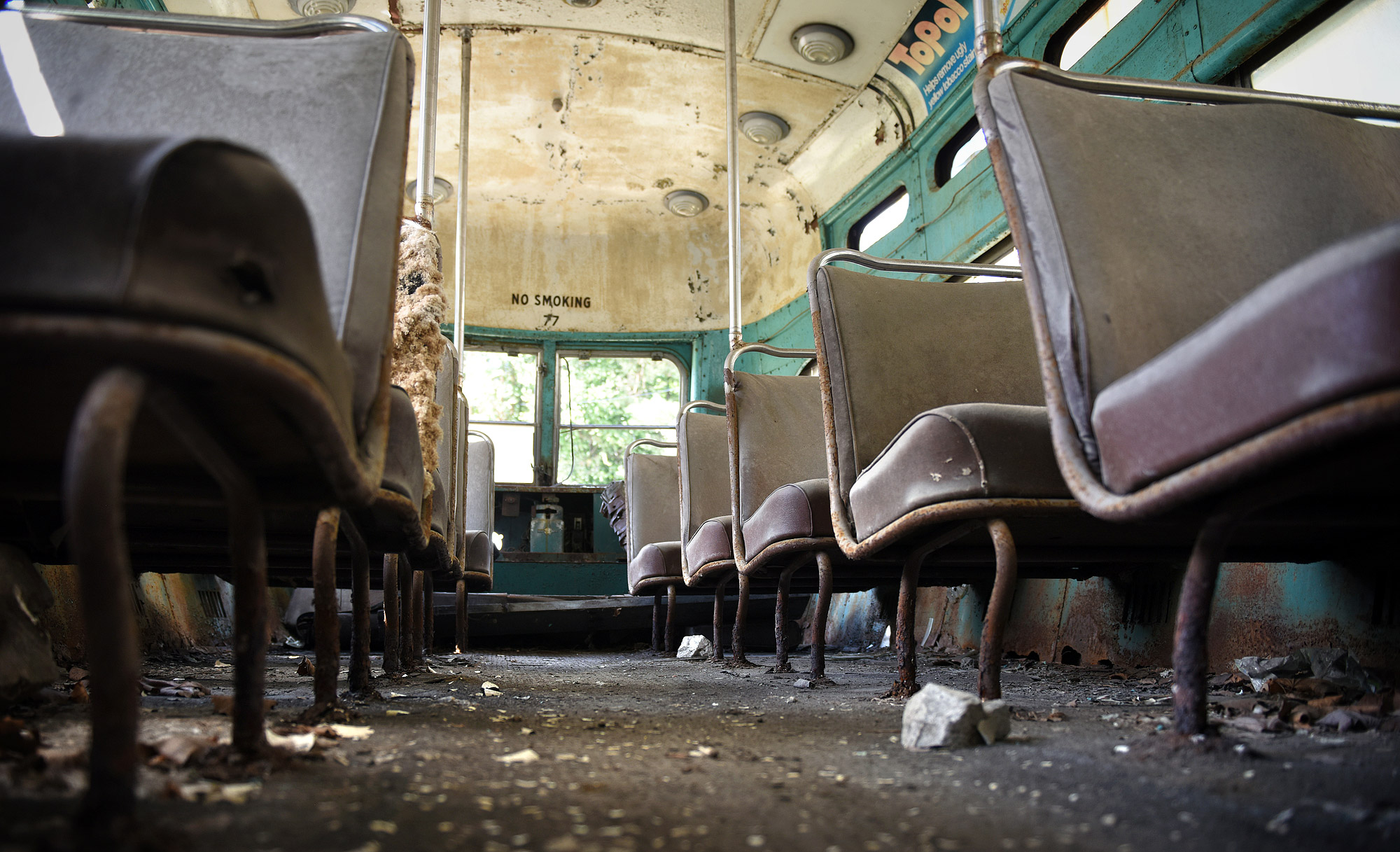 He realized they’d be scrapped if he didn’t. He’s acquired 40 so far. 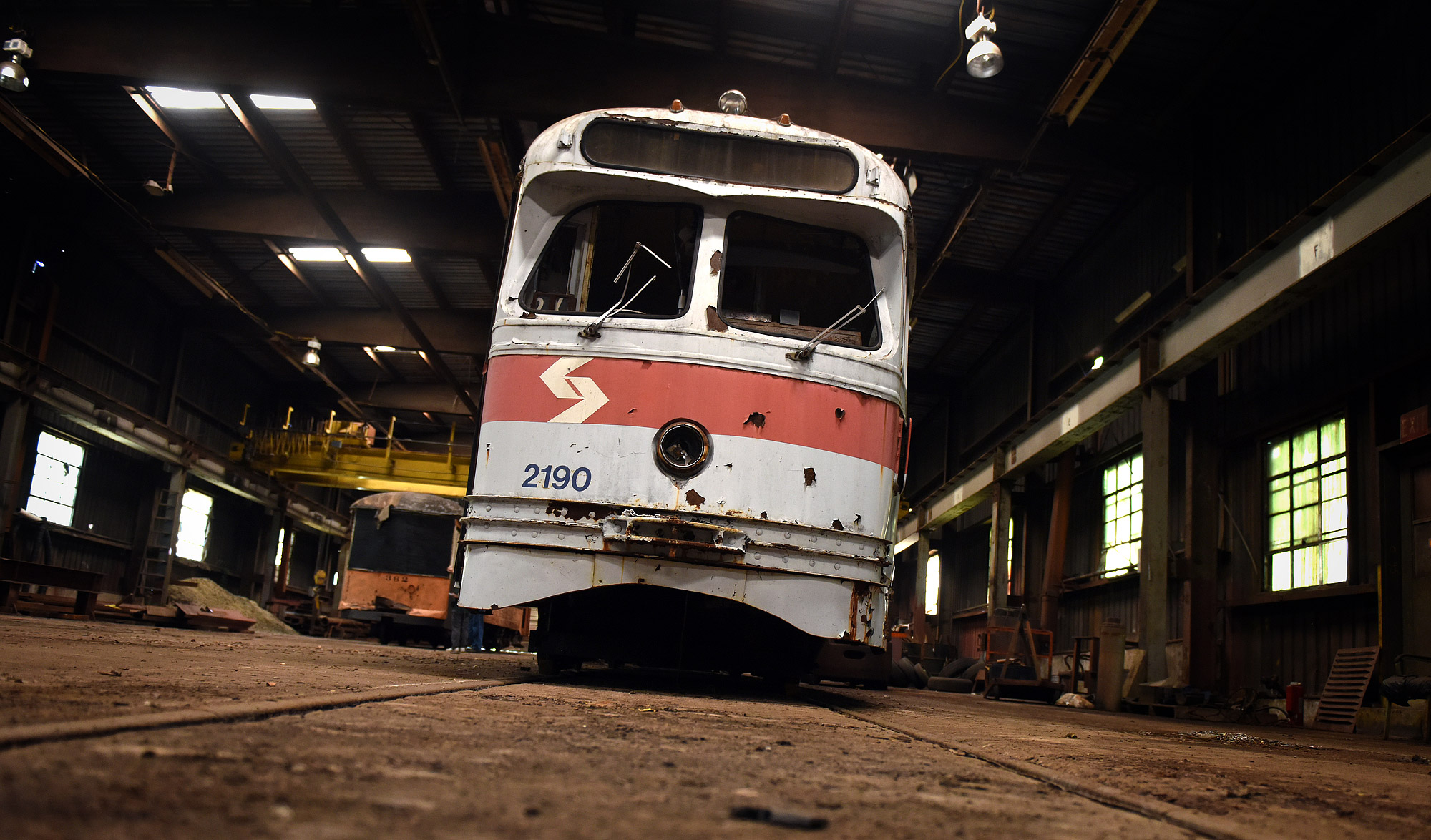 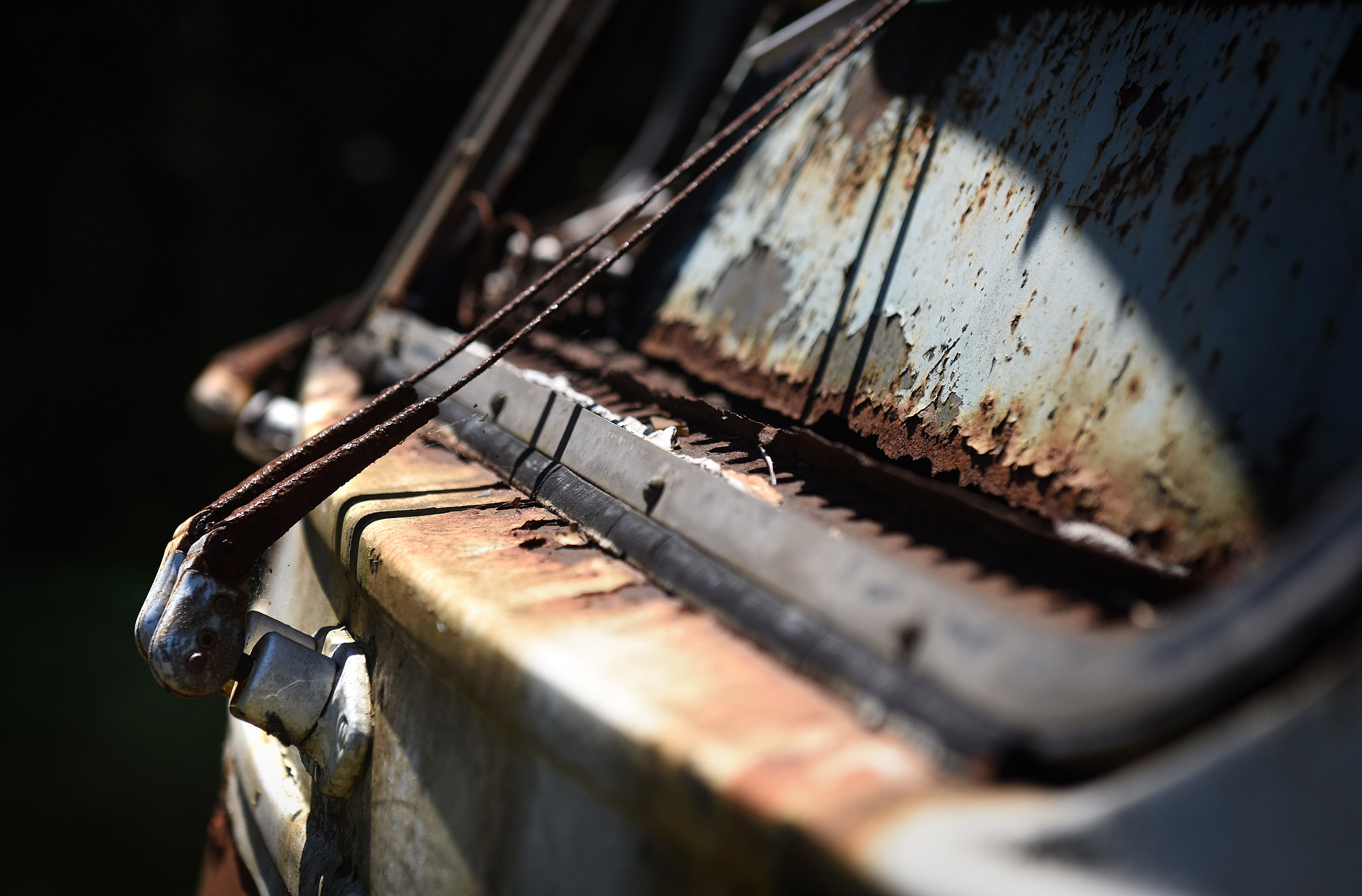 Many of the streetcars are being disassembled and used for parts. 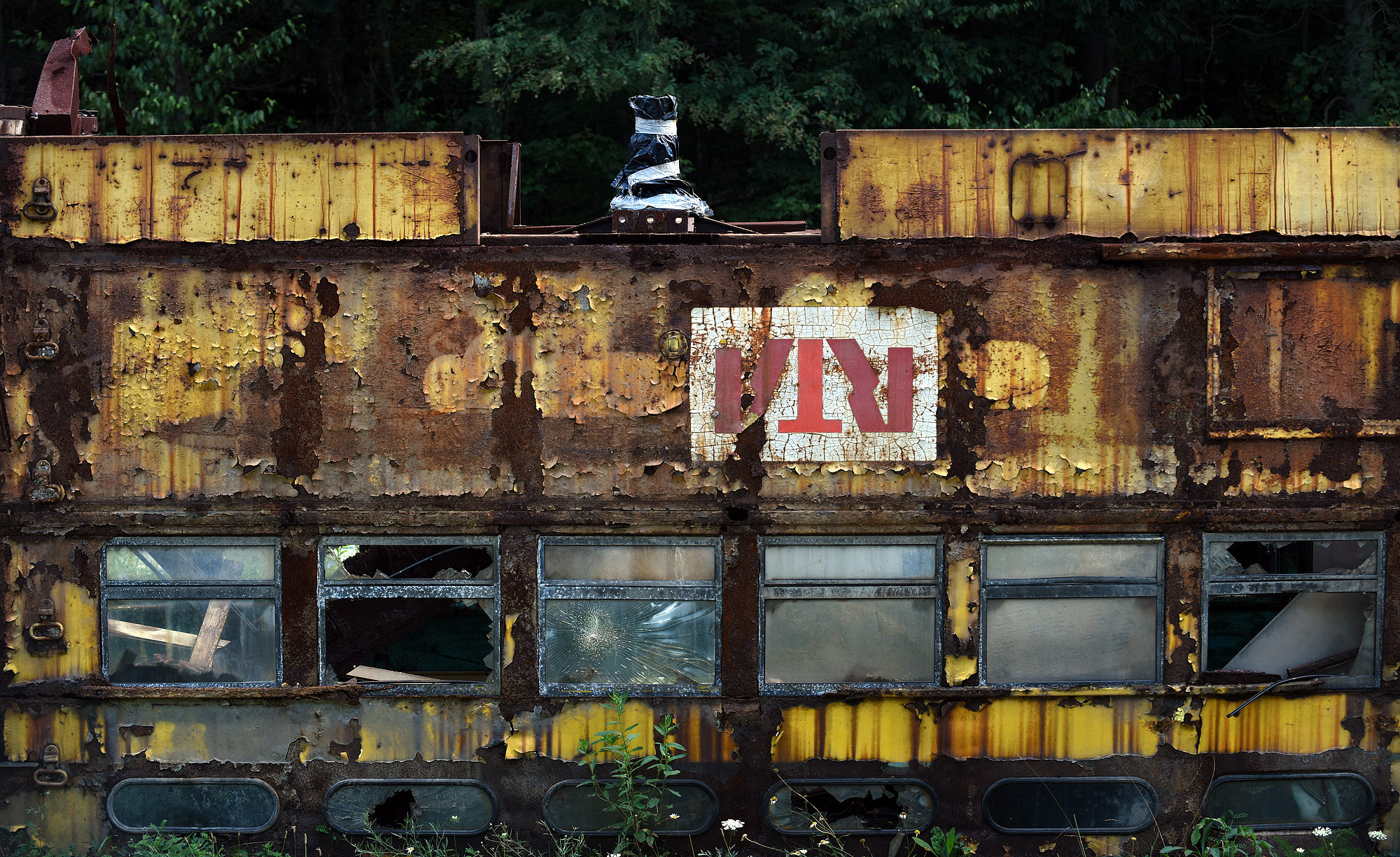 The trucks, or wheels, of this streetcar have been removed so they could be used on other trolleys. 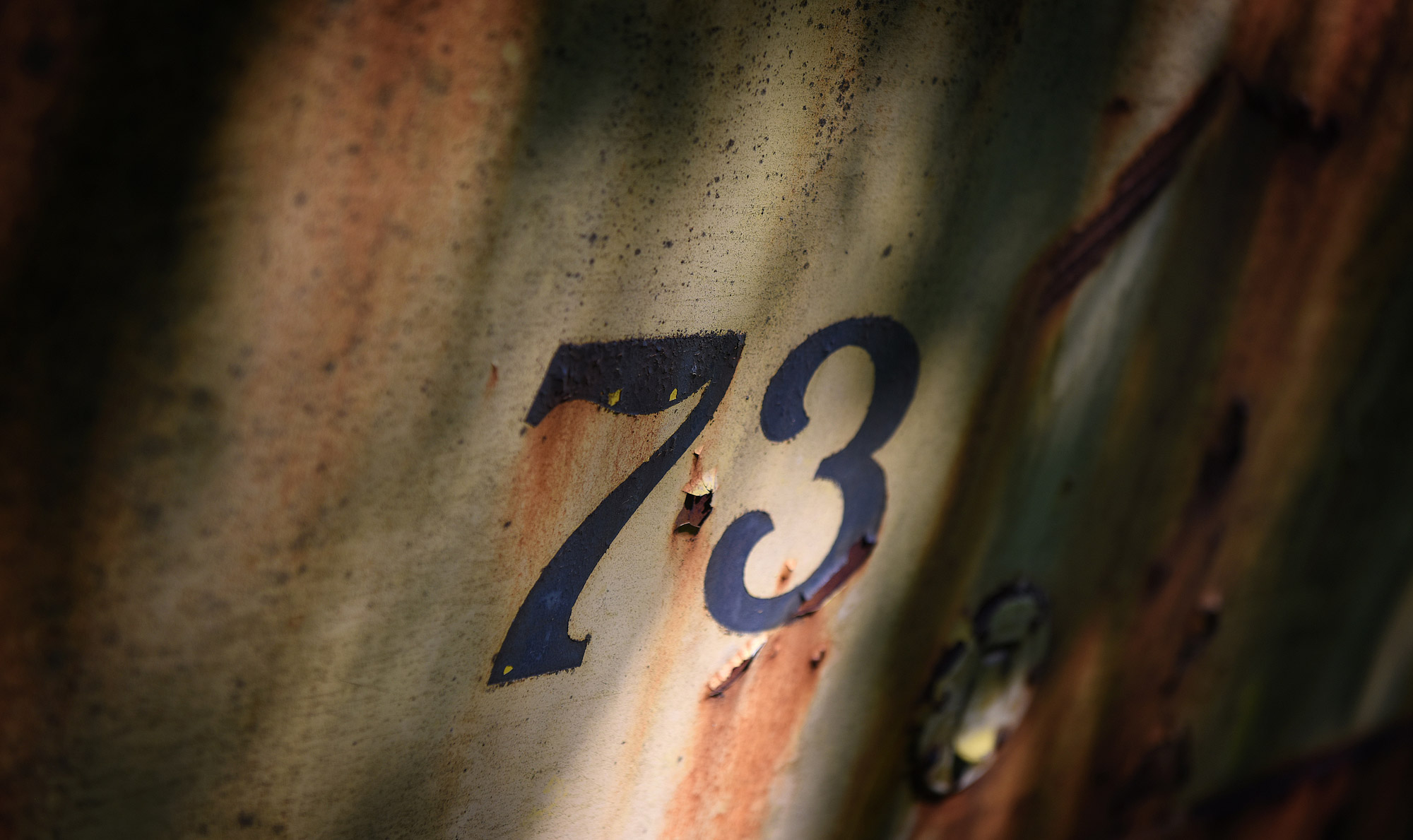 Metka says his interest streetcars dates back to then 1940s, when he was a kid in Chicago. 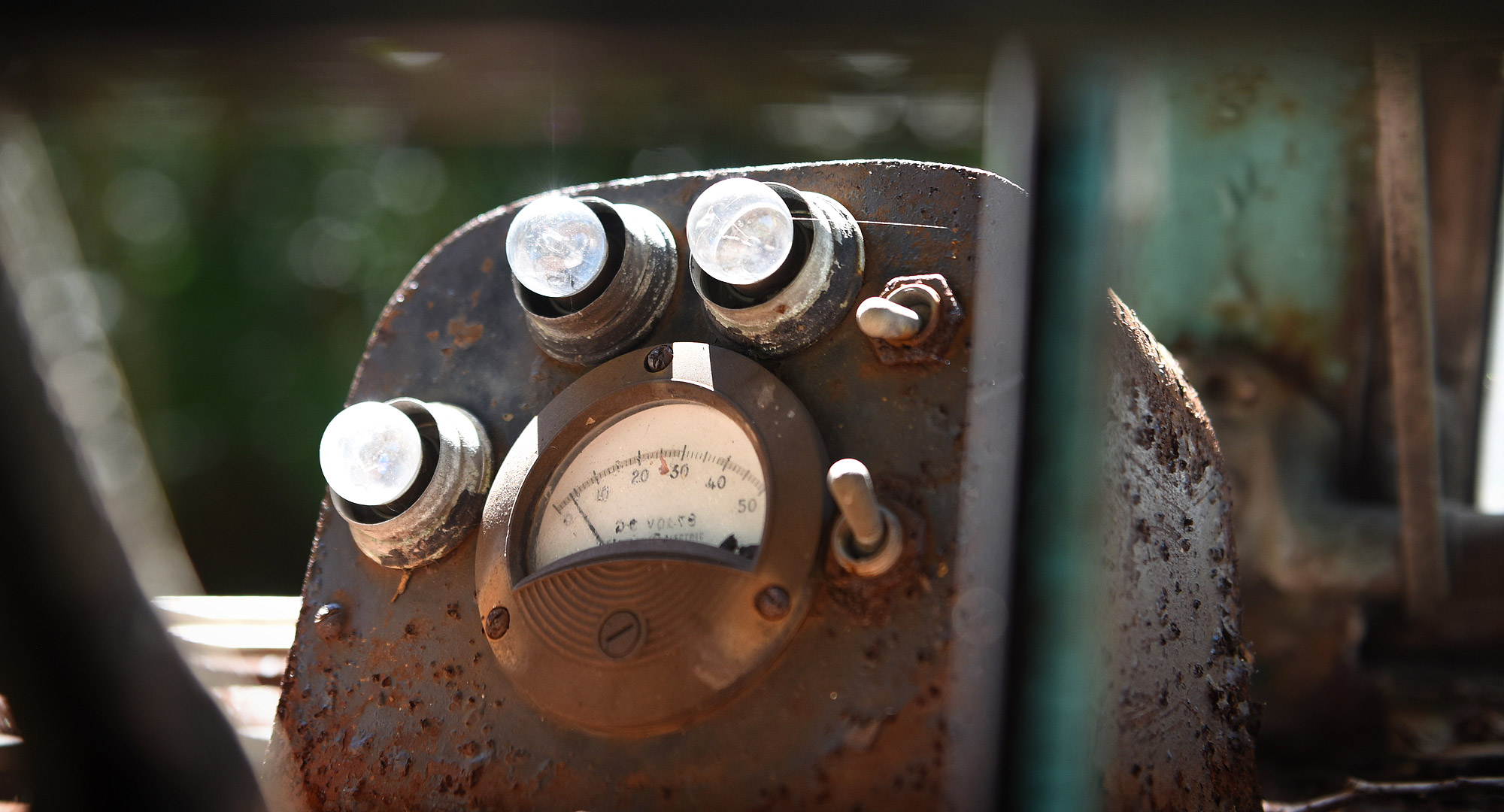 He would ride trolleys with his mother and end up standing next to the motorman, watching how the streetcars operated. 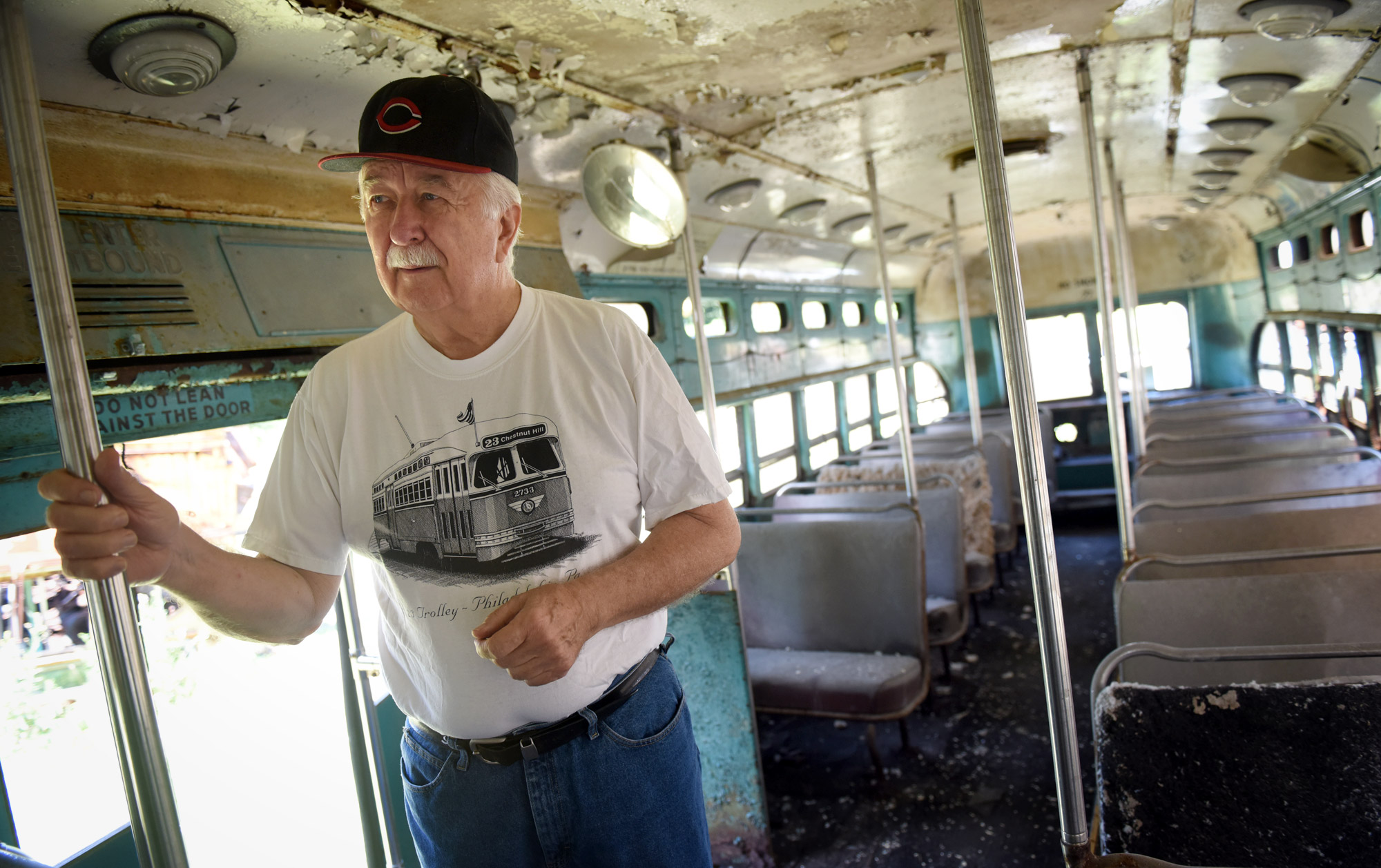 He loved the clickety-clack of the trolleys and the hum of the motors. 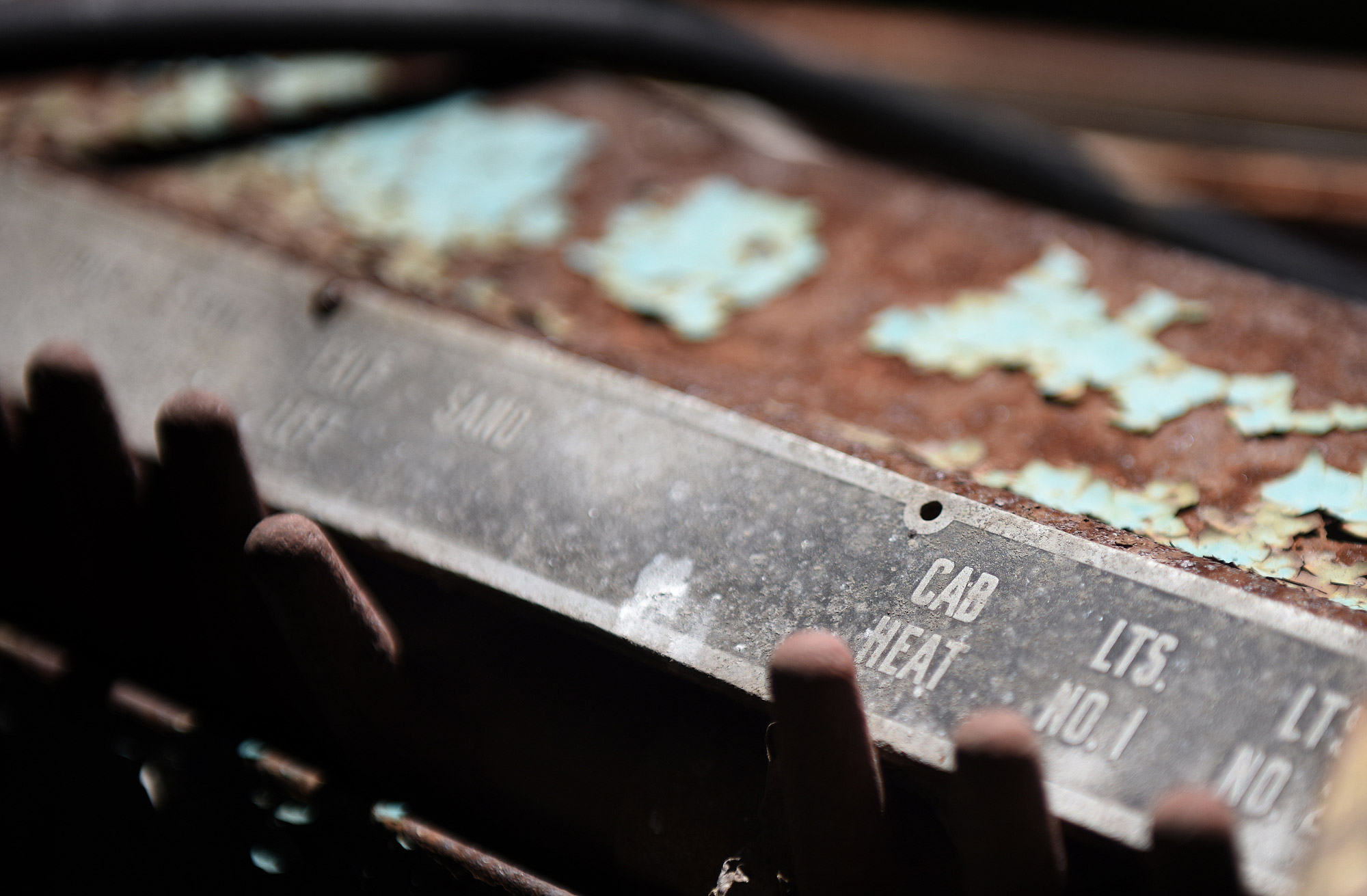 Everything about the trolleys fascinated him. 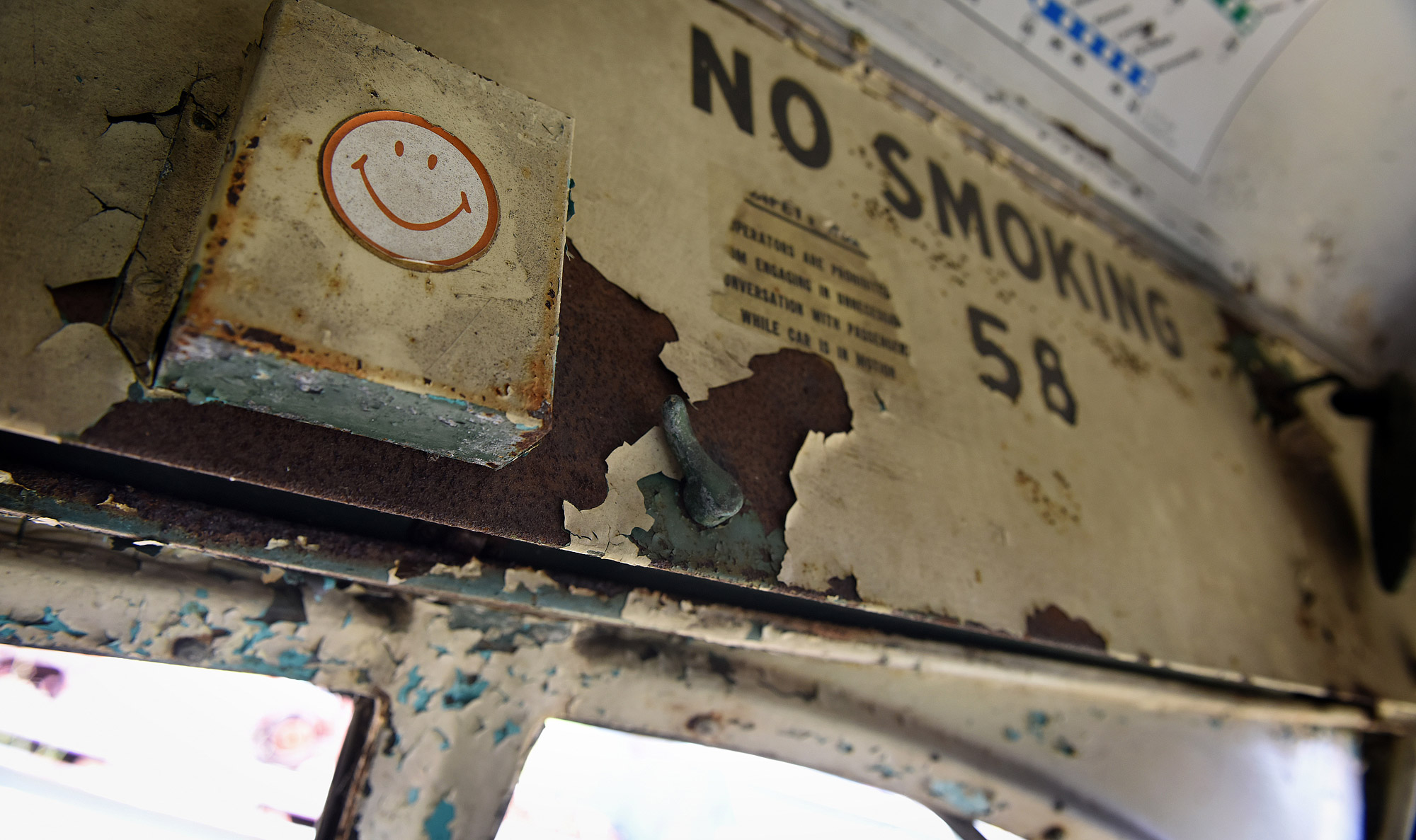 “It’s like it had a personality all its own,” he says. 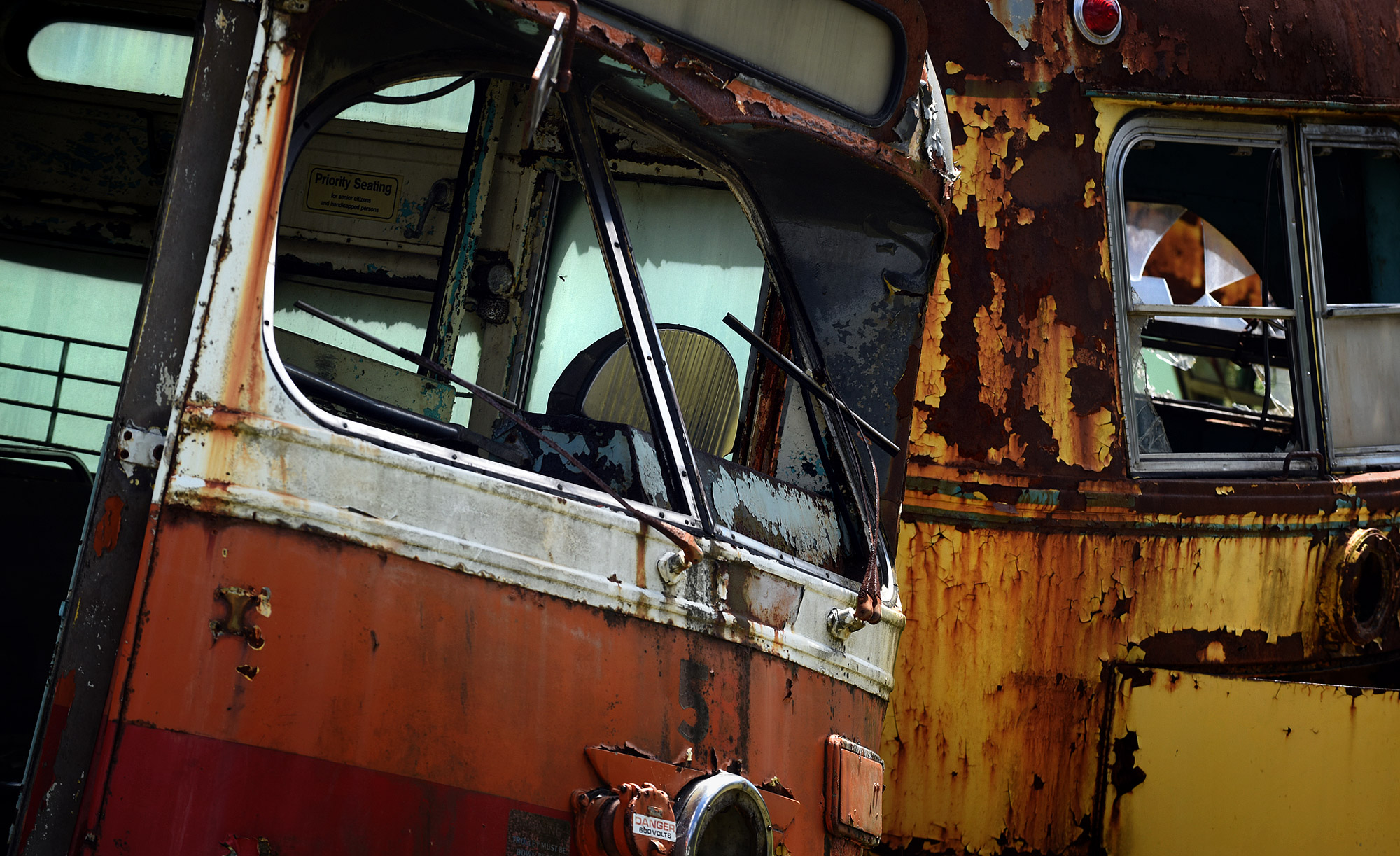 The trolley in the foreground was part of a transit line connecting Cleveland to the city of Shaker Heights. 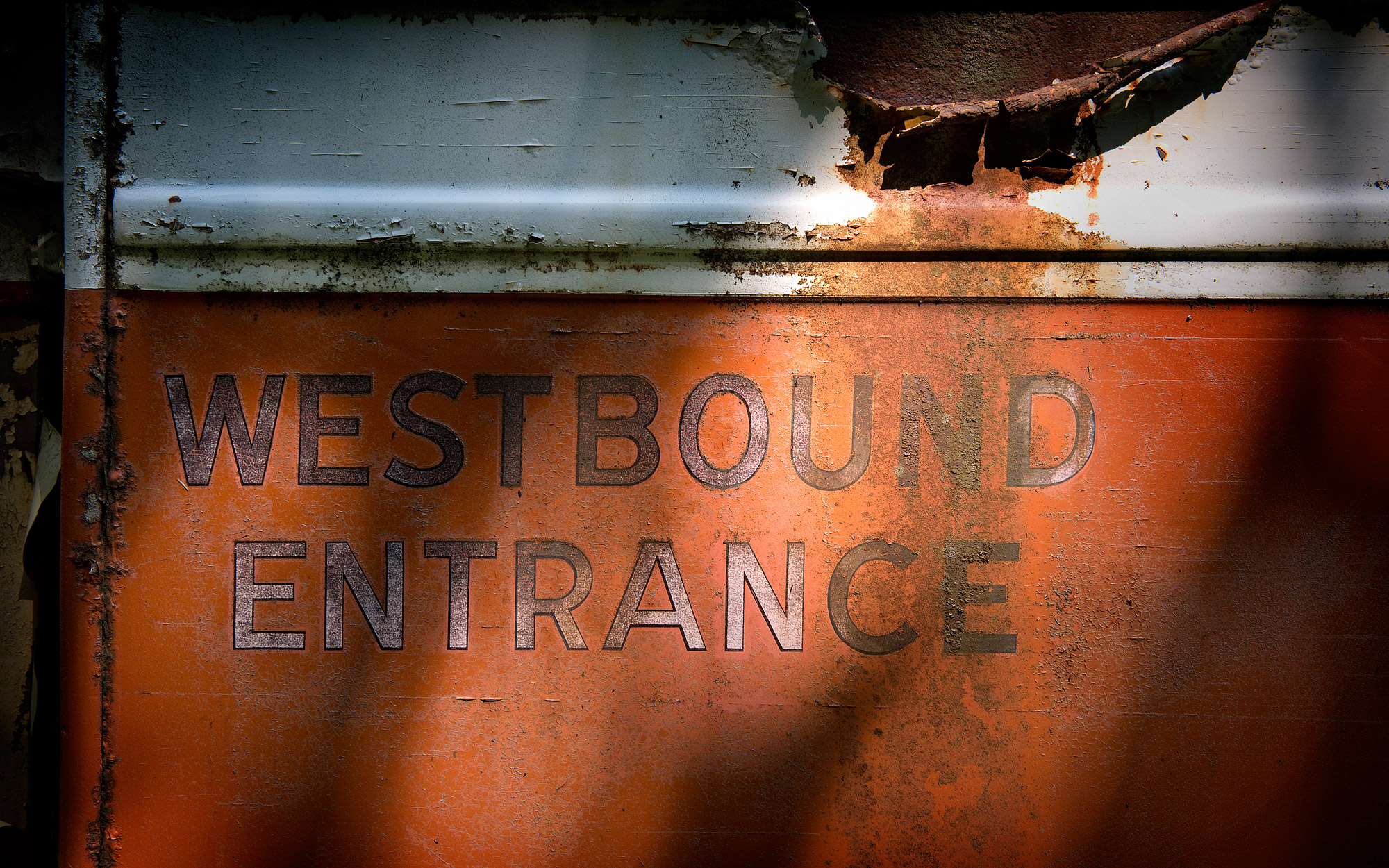 It was originally used in the Twin Cites of St. Paul and Minneapolis, then sold to Cleveland in the late 1950s. 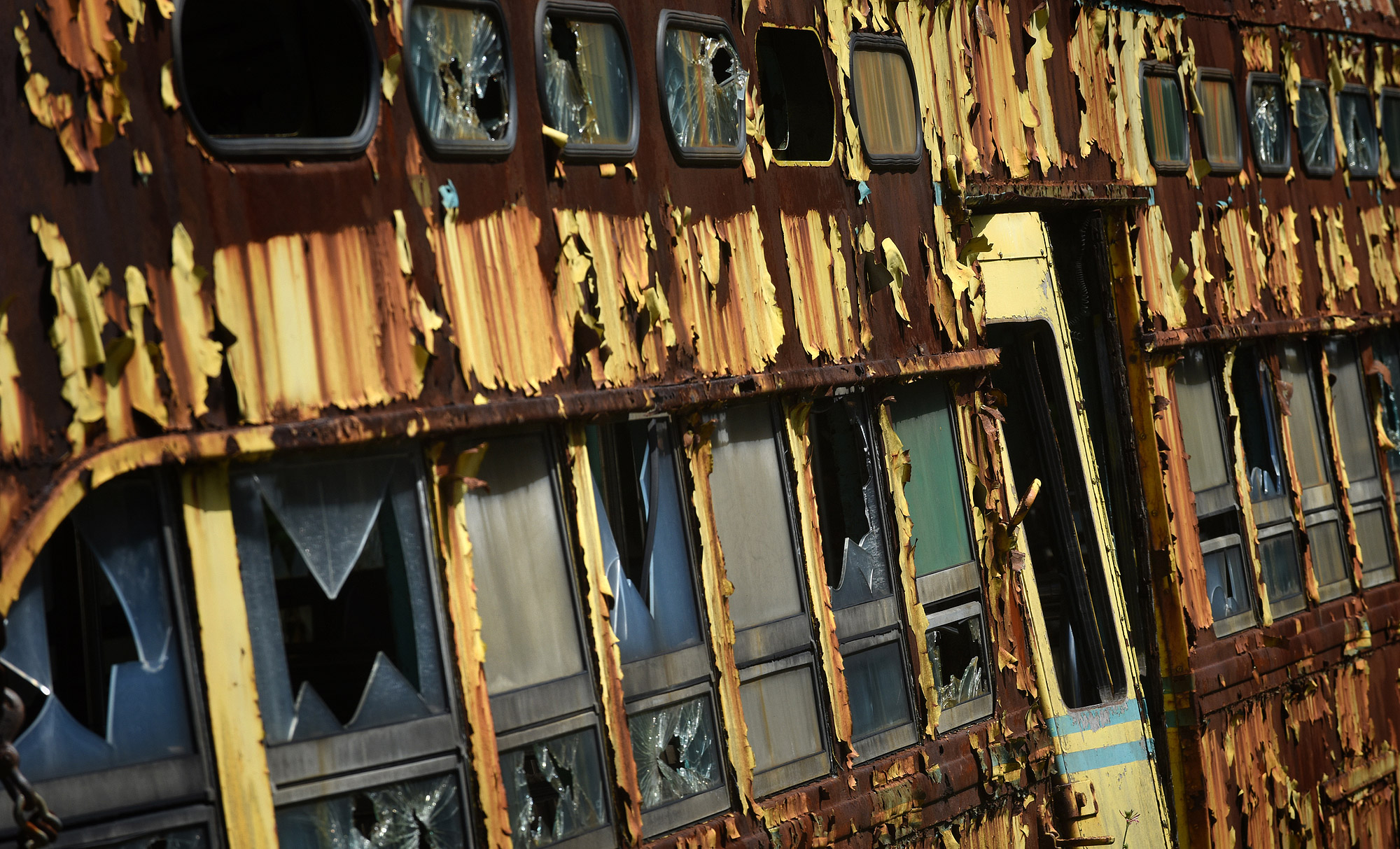 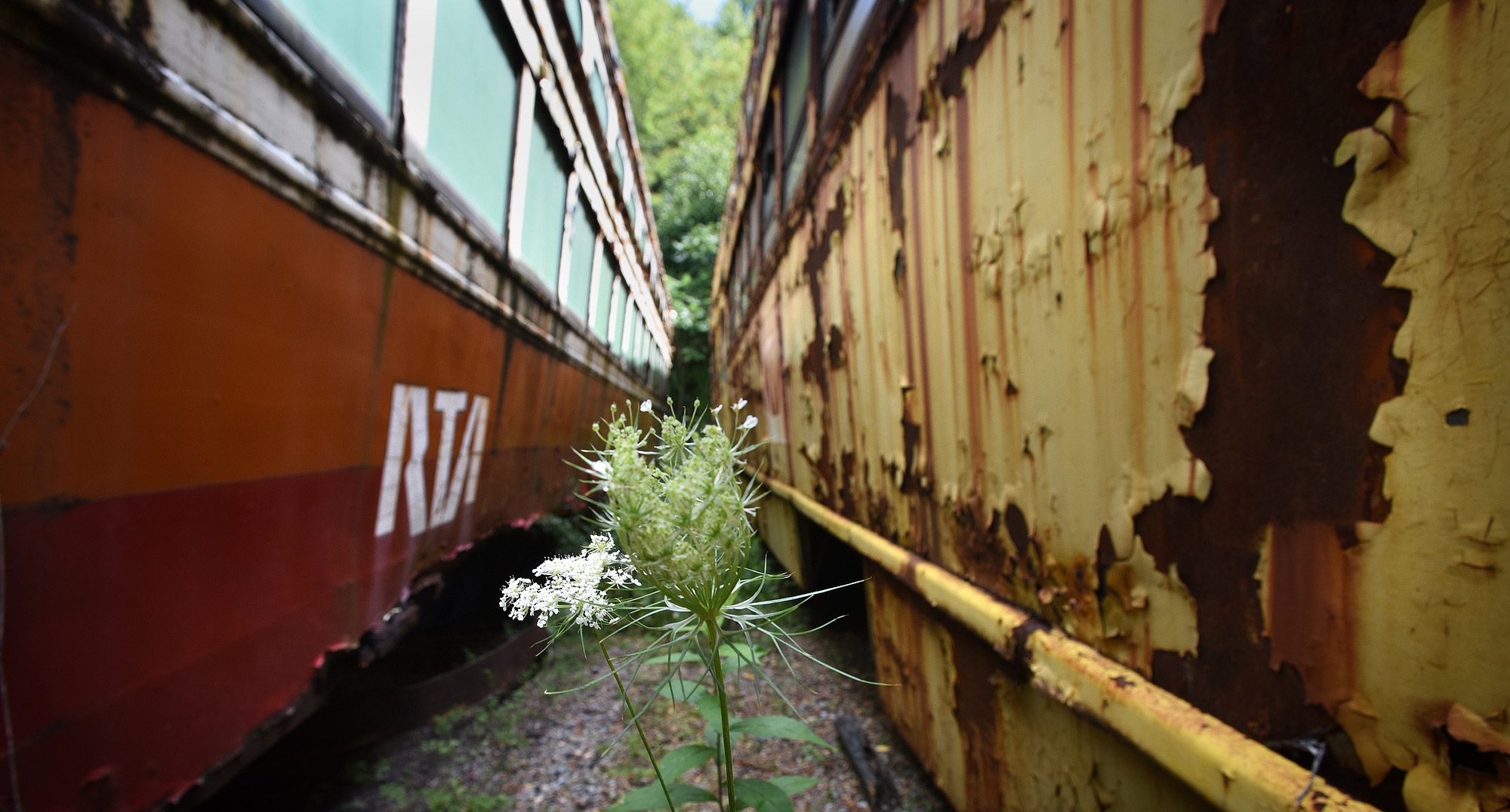 Life emerges between two of the rusting trolleys. 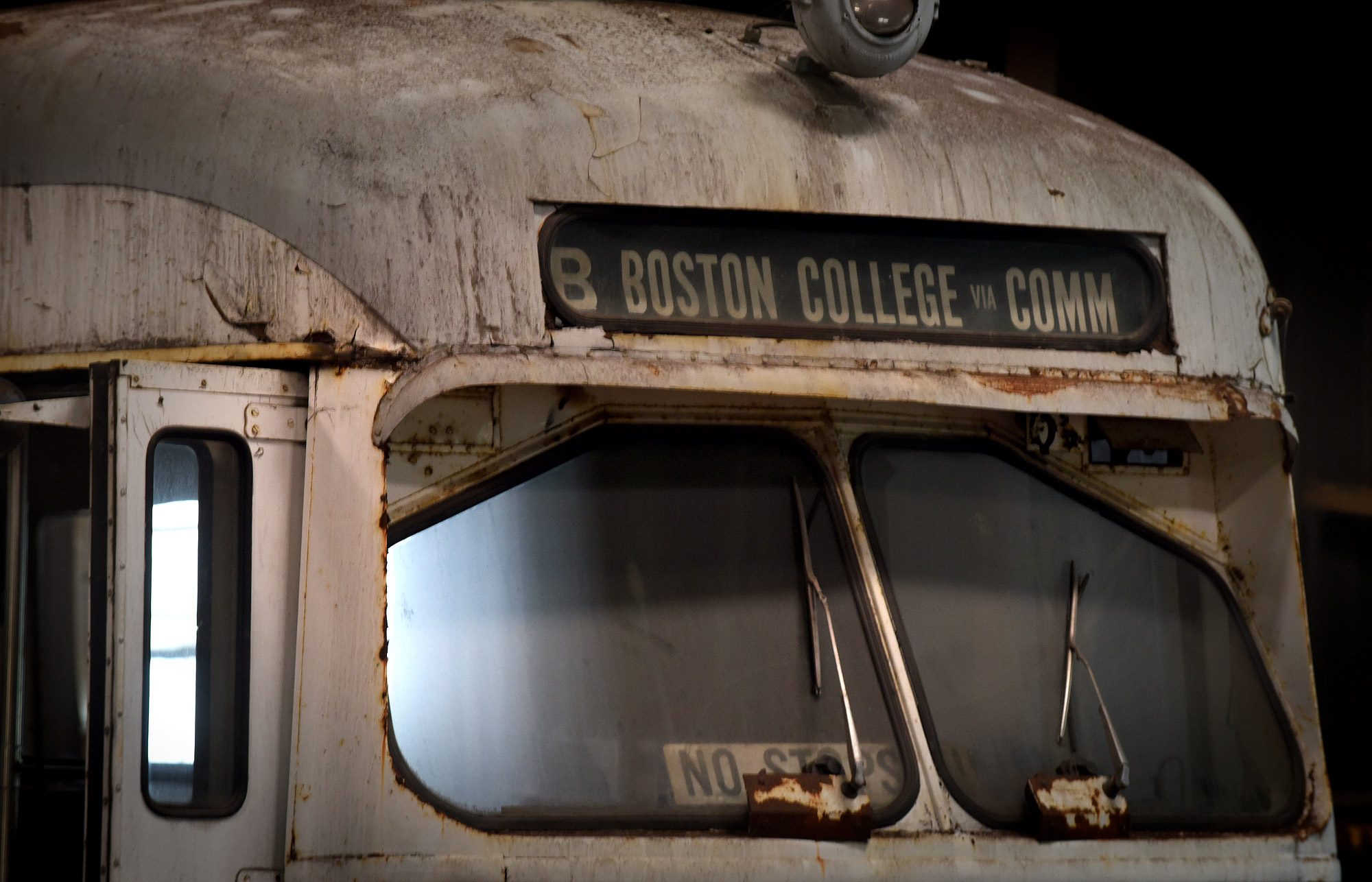 Some of the streetcars, like this one built in 1944 and used in Boston, are stored in a large steel shed, where they’re protected from the weather and ready to be restored. 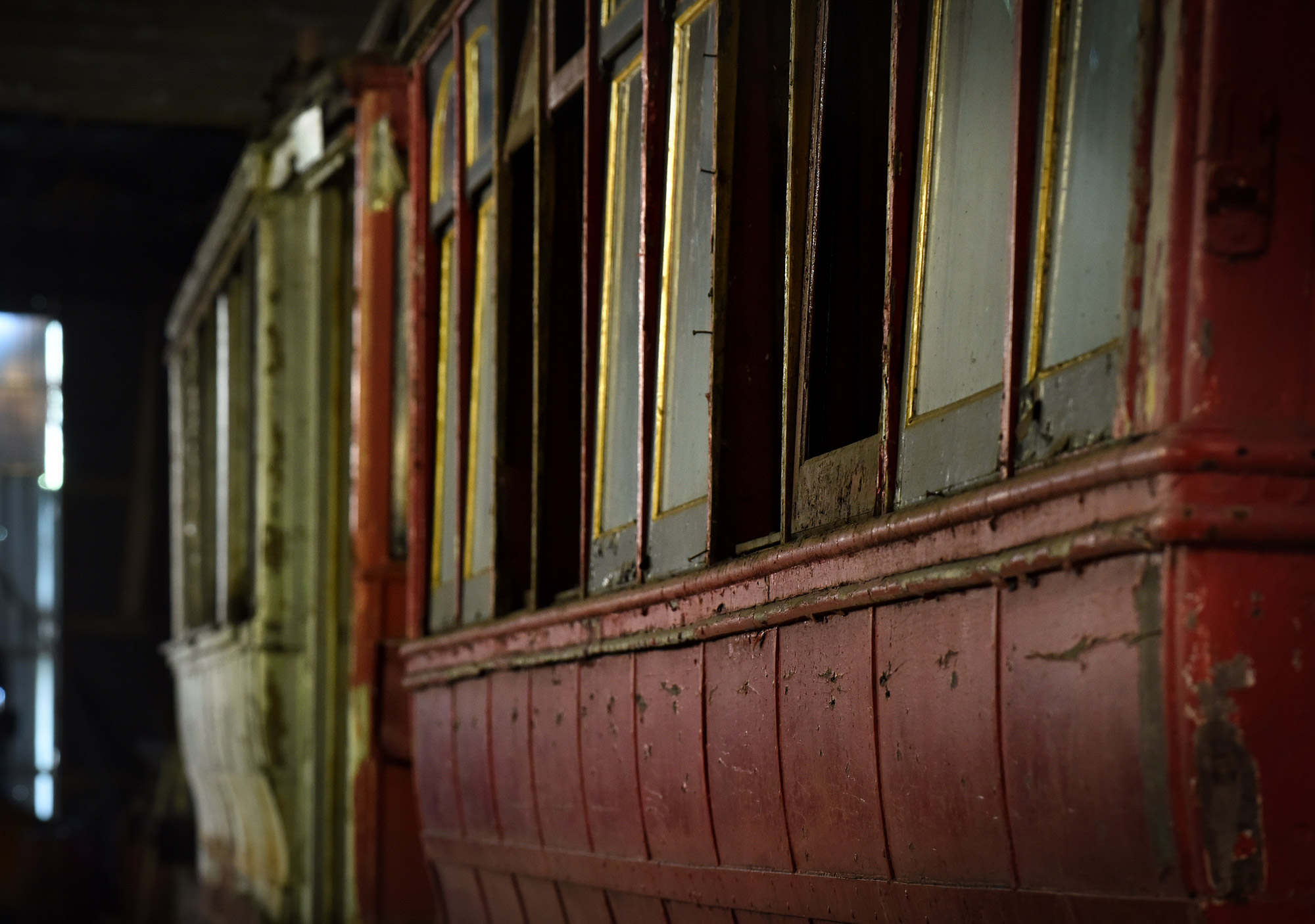 These two wood body streetcars were built in 1912 and used in Grand Rapids, Mich.

They were taken out of service in 1935 and used as part of a lakefront house in an area north of Grand Rapids until the 1980s. 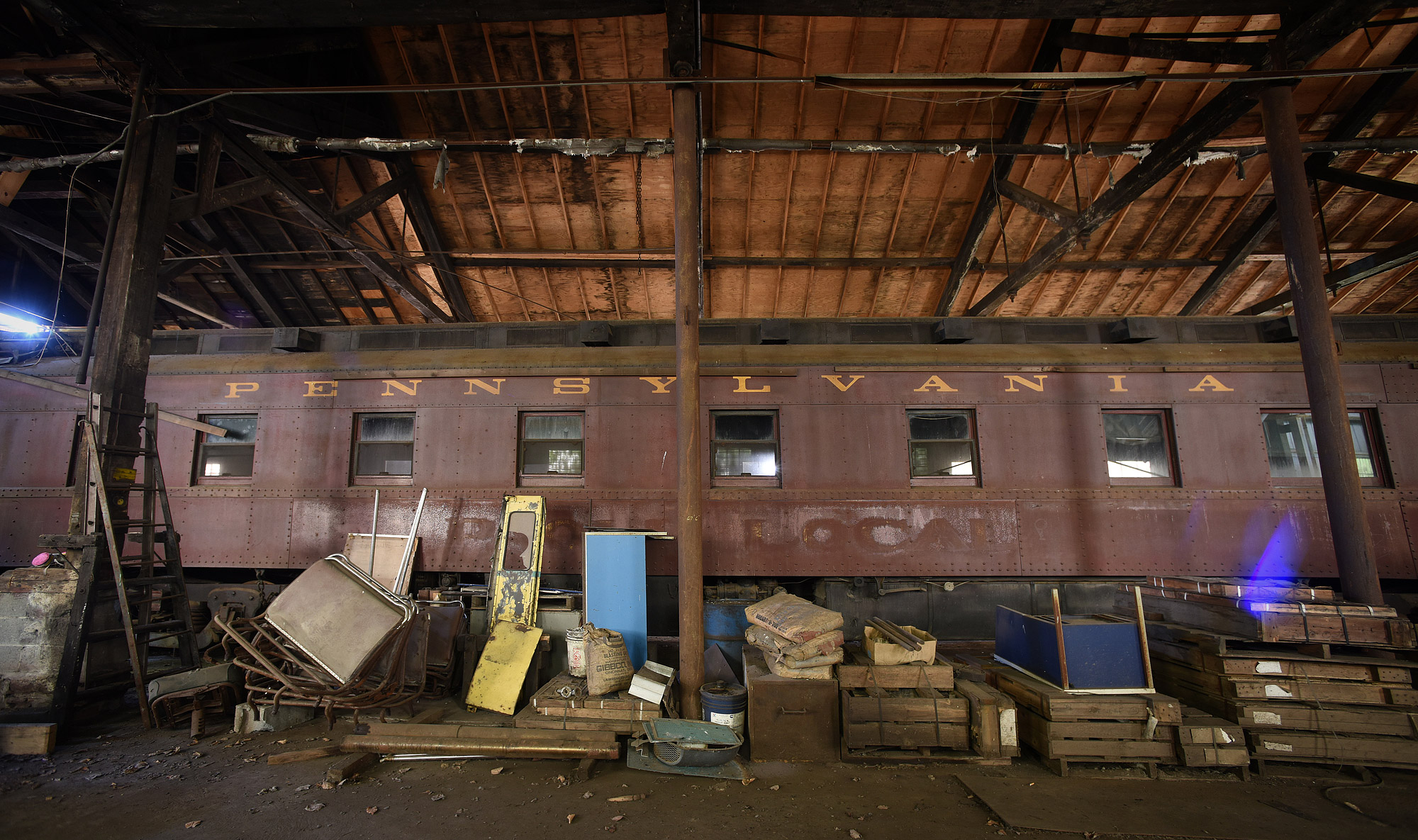 In a corner of the steel shed is this railroad car built around 1925 for the Lehigh and New England Railroad. It was taken out of service in the early 1960s, repainted to resemble a car from the Pennsylvania Railroad and eventually was used as a railroad-themed restaurant in Wayne, Pa. 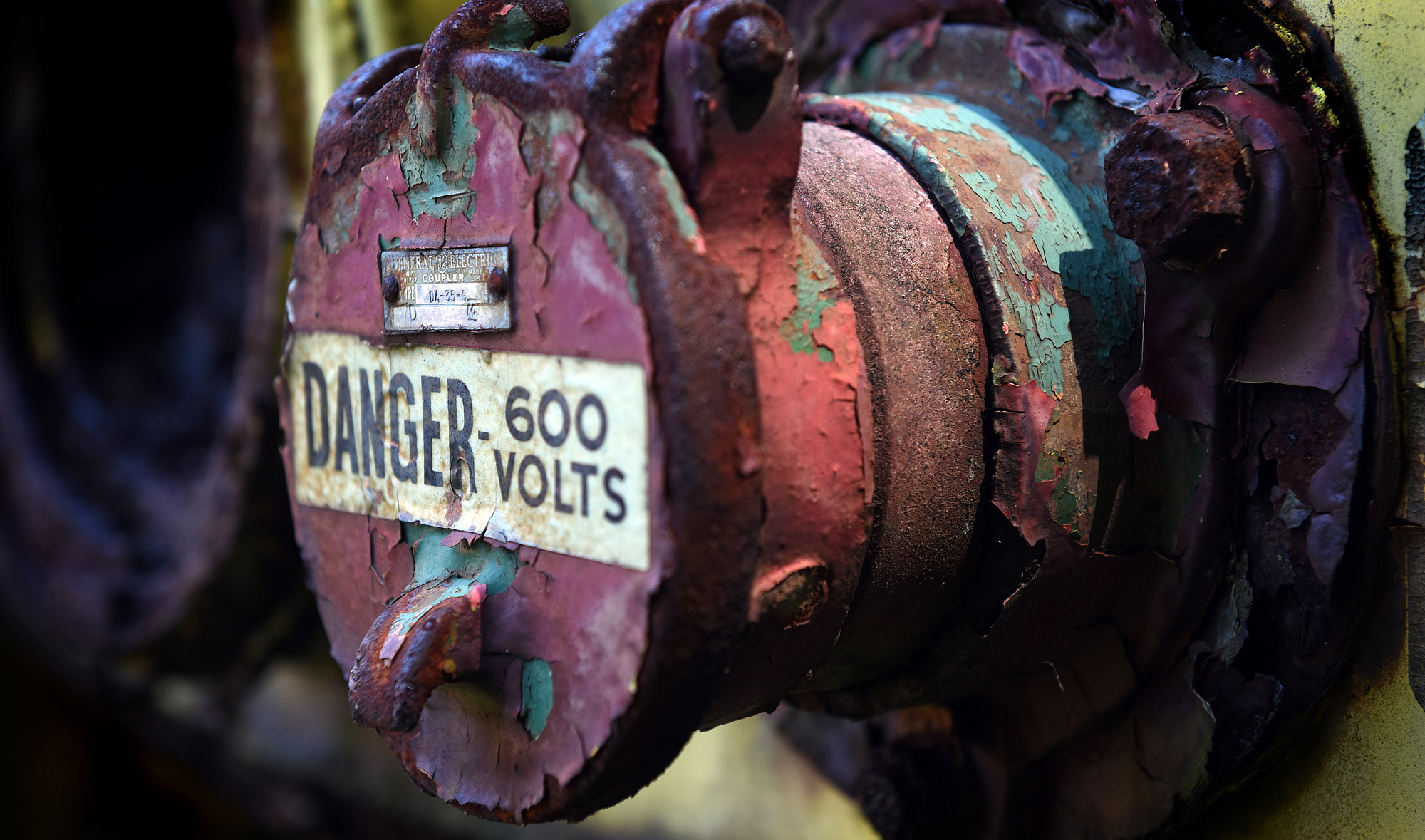 Metka says the streetcars can be restored and used by cities and towns to further tourism and economic development. 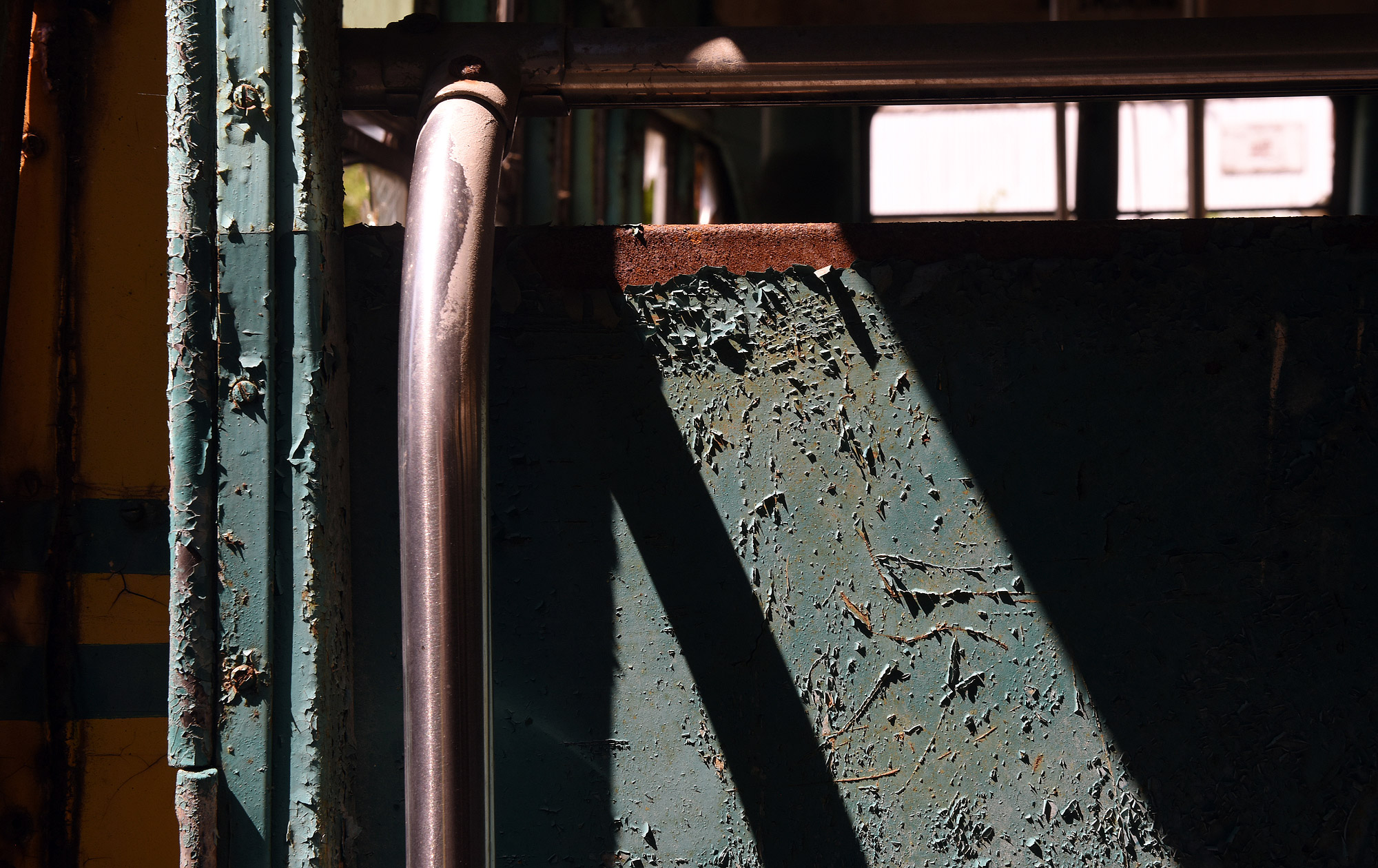 Paint peels on one of the old Cleveland streetcars. 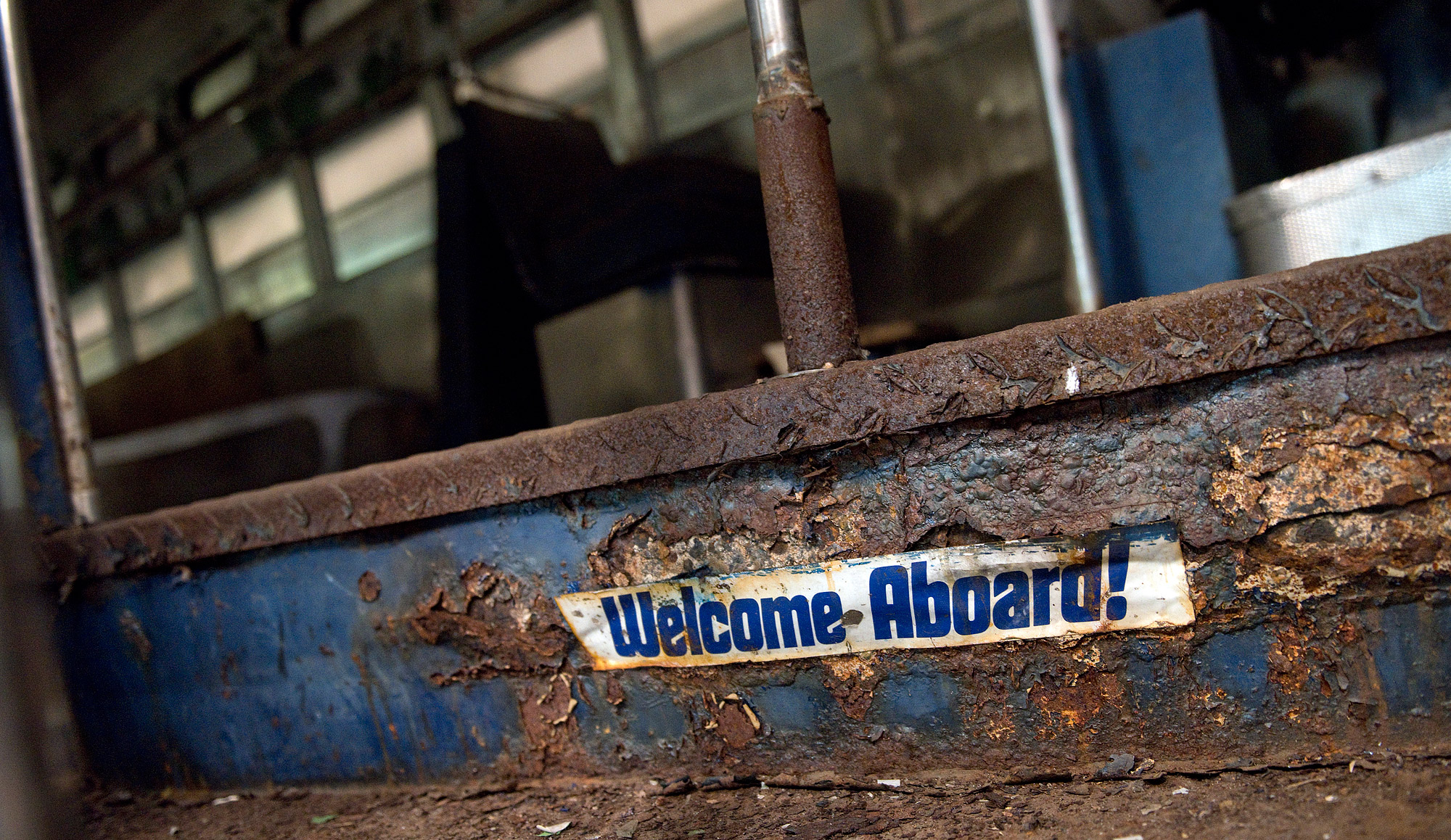 The former life of some of cars is reflected in signs posted on the trolleys. 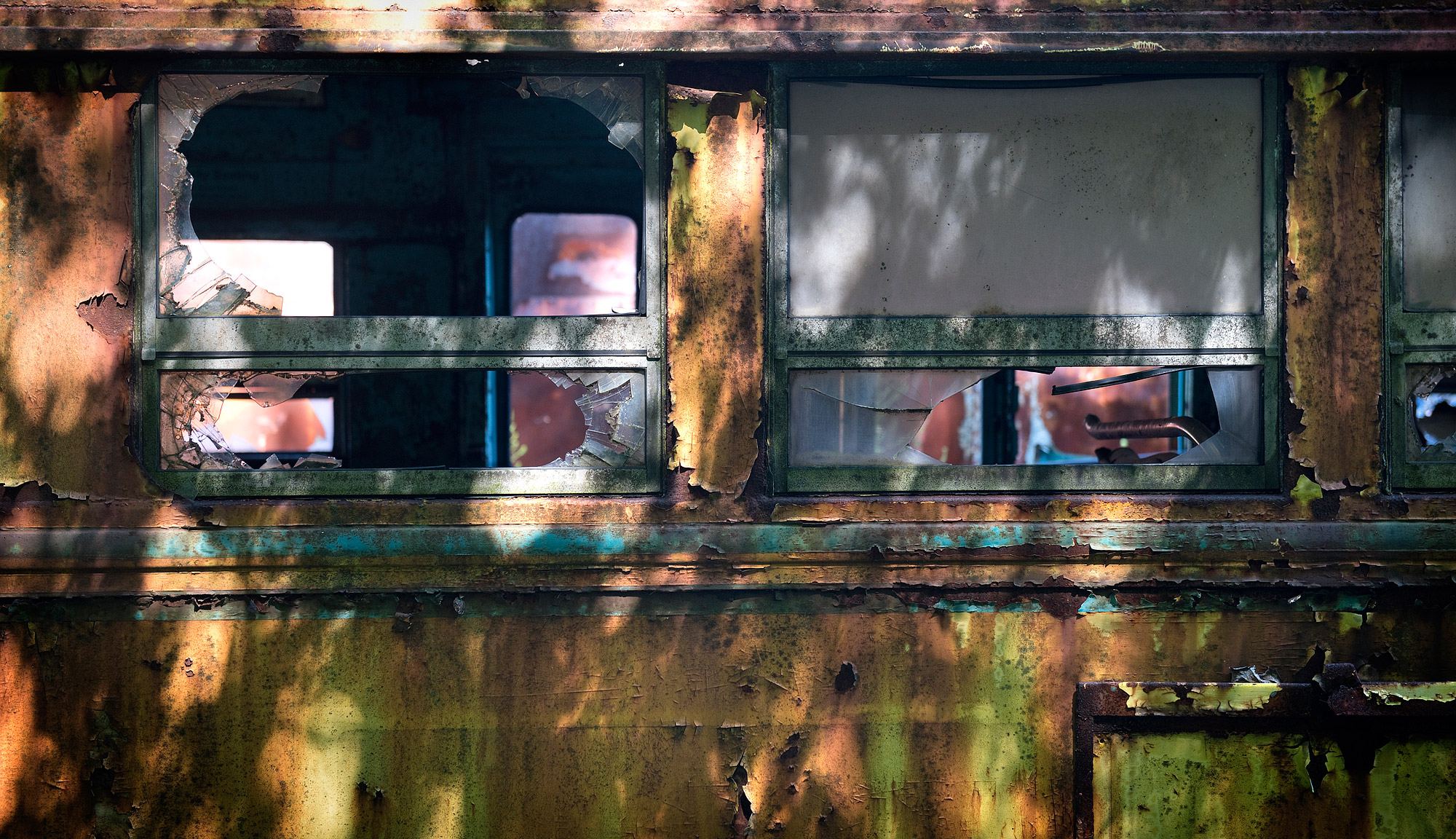 Age and weather has altered the color of this trolley. 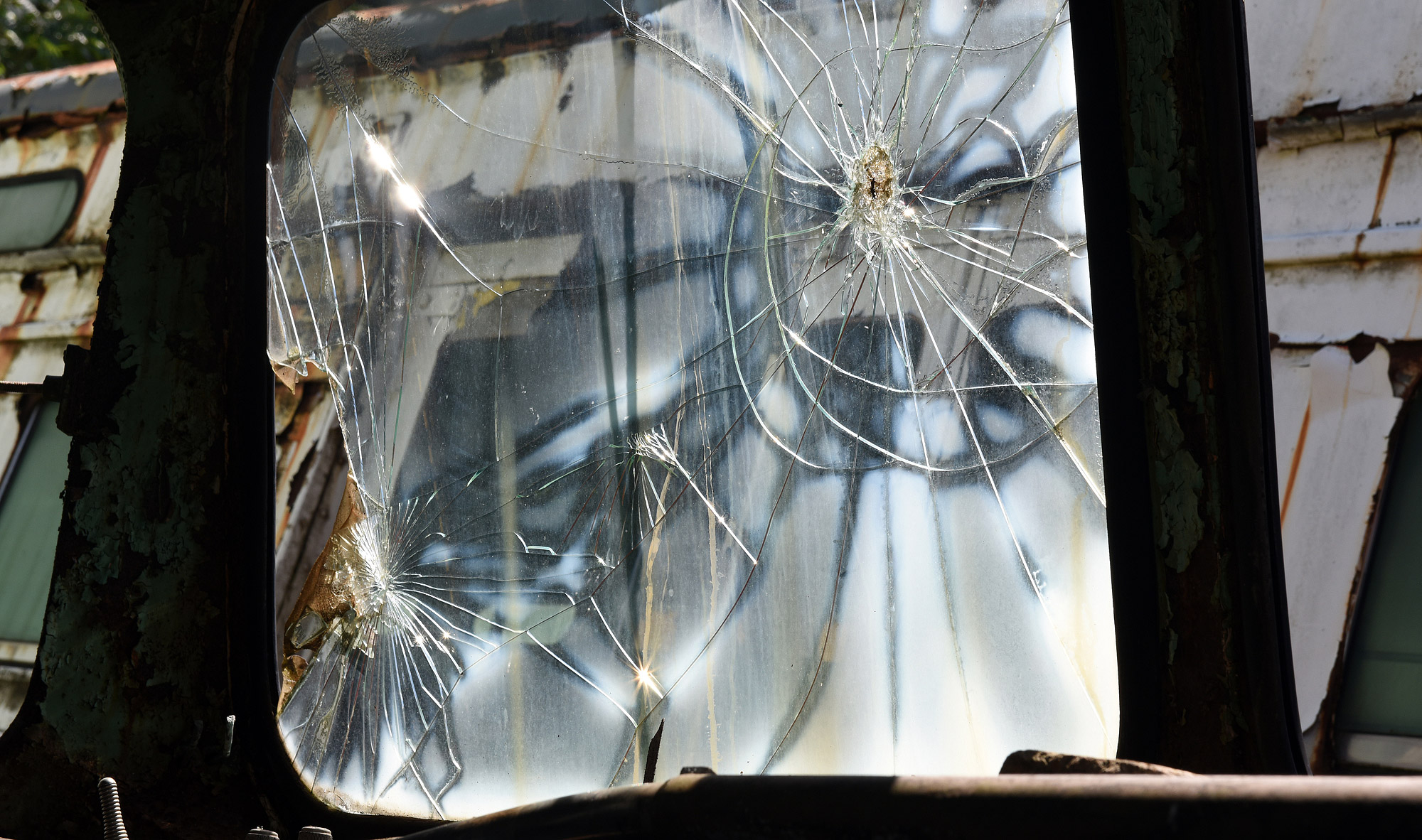 A broken window in one of the old Cleveland streetcars. 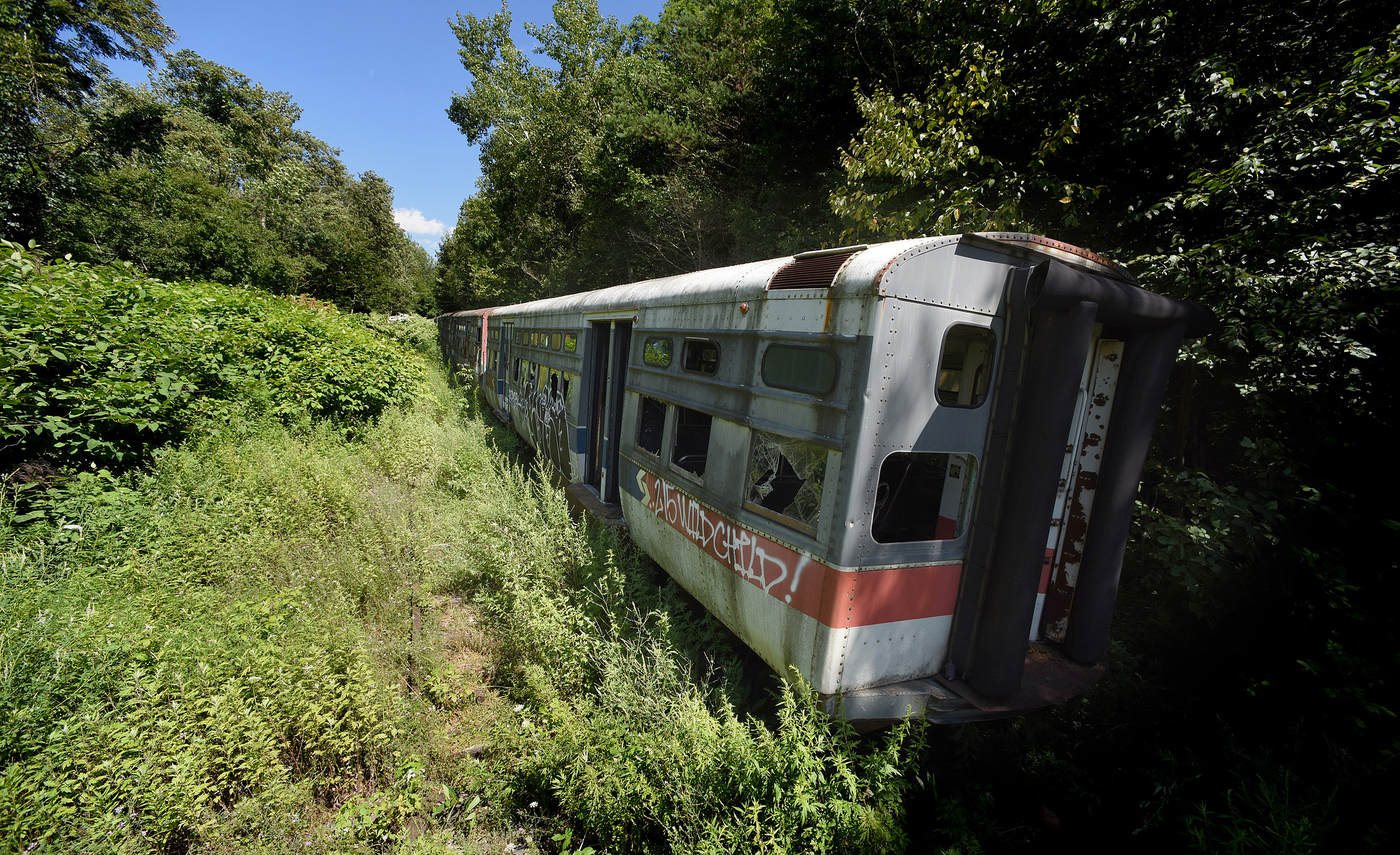 These streetcars were originally built for Chicago’s elevated transit system in the late 1950s, then were sold to Philadelphia where they were in use until the 1990s. 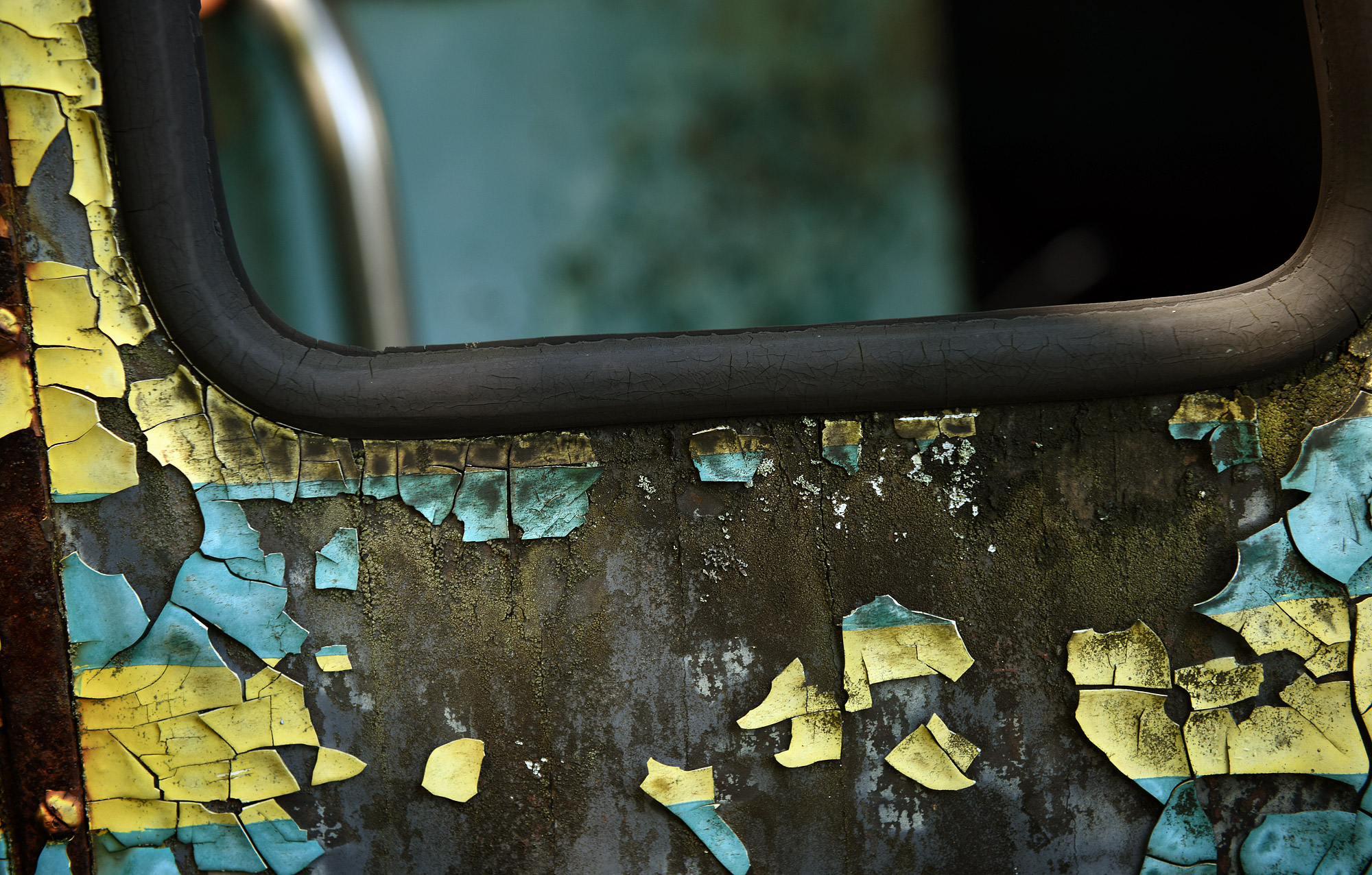 Paint peels on one of the streetcars. 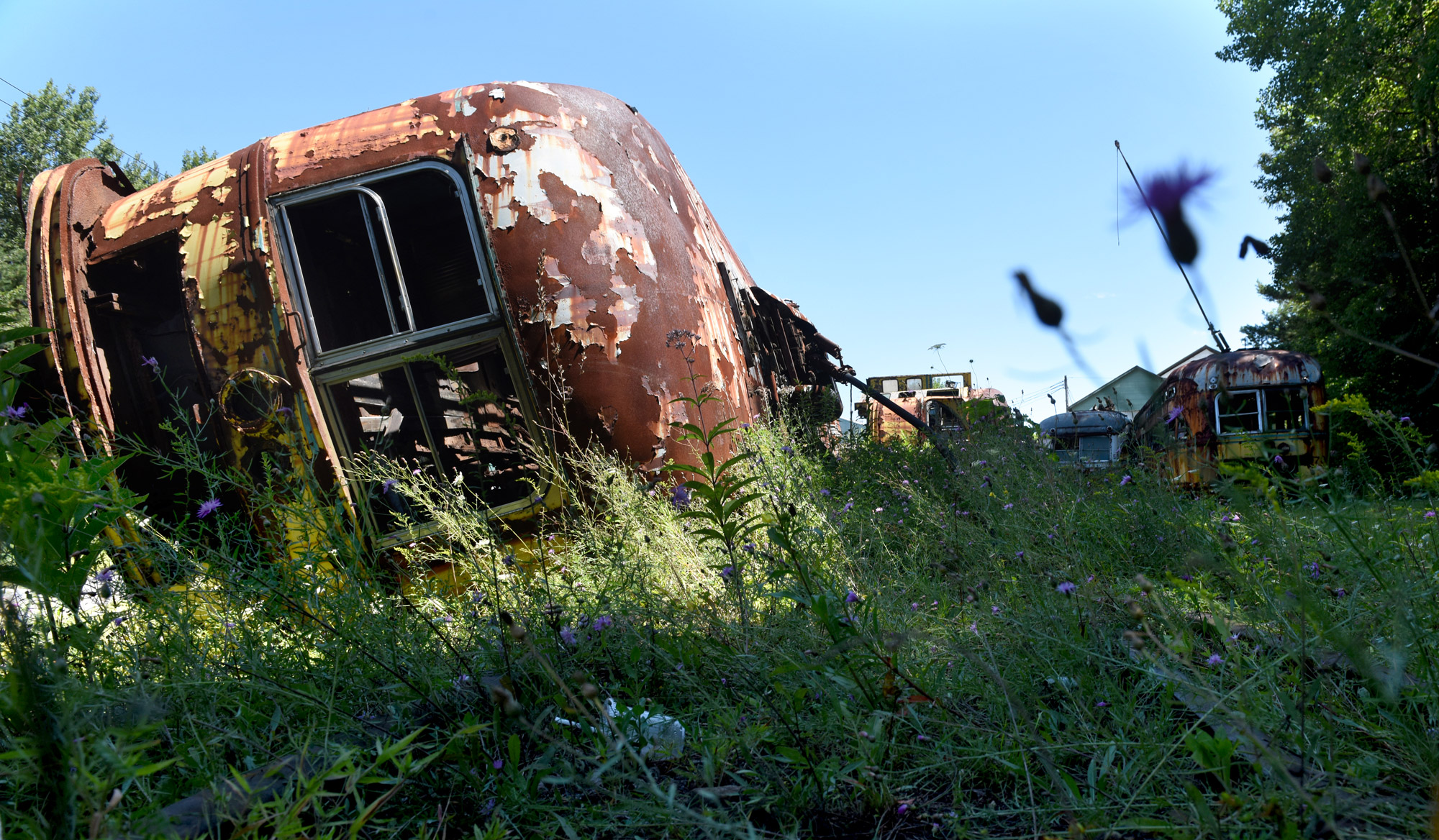 Here are the rusted remnants of a a few vehicles being disassembled for parts.

Where trolleys go to die and be reborn