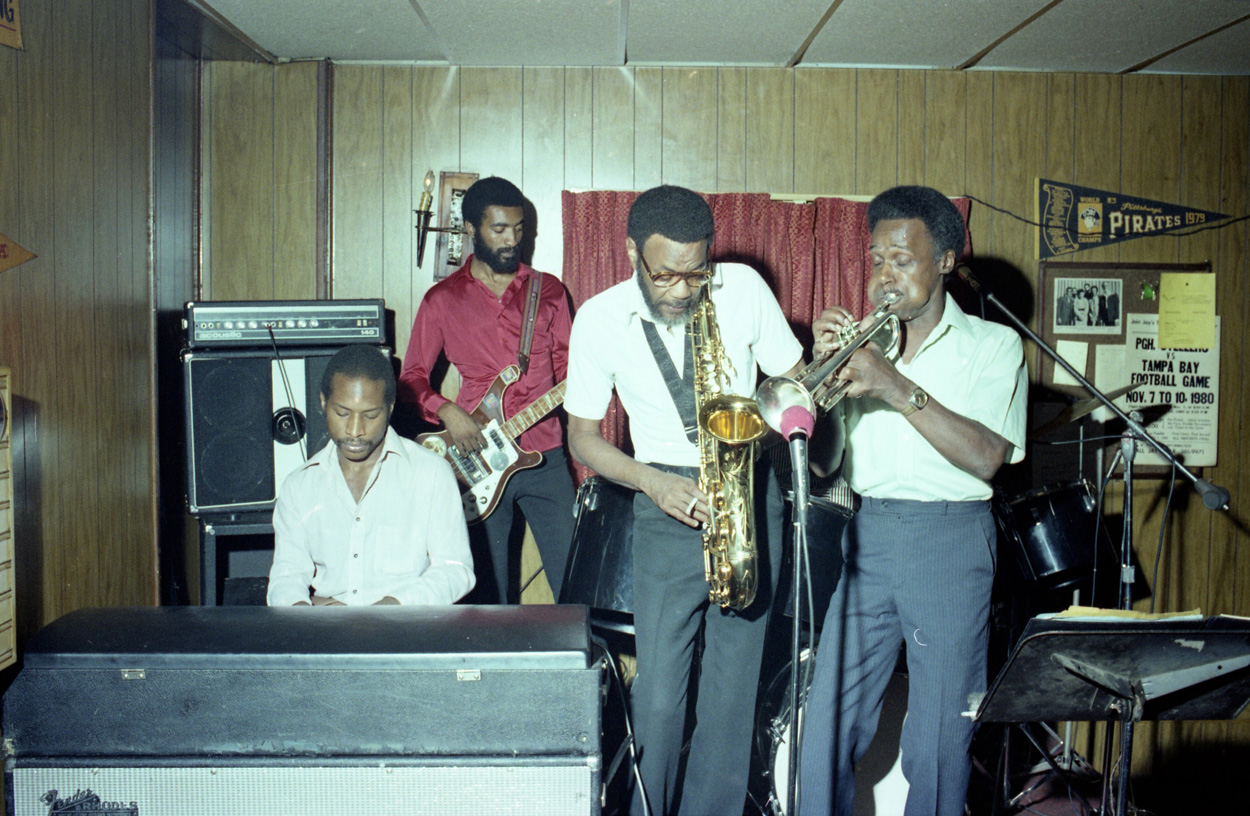 This is the Zebra Room at Eileen's Bar and Grill, a jazz club in Homewood. This picture was made in 1980.

Joseph Pampuch, left, in the doorway of his Brerton Avenue shop in Polish Hill circa 1918. With him is an unidentified employee.

This is Anna Wagner at age 17. Her daughter, Katharina Schachner is a German immigrant who survived the Russian occupation of the former Yugoslavia after World War II.

Immigrant children play in the Hill District, circa 1924.

This is Alexander Gilliland, who immigrated to Pittsburgh from Scotland in 1866, and eventually settled in Bellevue.

No caption accompanied this picture. A note on the back indicates it was shot in the Lower Hill District prior to 1940.

The Rudick family, immigrants from Romania, participate in a seder a century ago.

This is a look at the historic 1936 Flood on Third Street in West Elizabeth.

Do you own a dusty scrapbook filled with old family photographs? Or a shoebox stuffed with black-and-white or color pictures of family gatherings and events from years past?

If so, you can help us out.

We want to expand the Digs to tell the story of Pittsburgh through the pictures of everyday people who’ve lived the city’s history.

Maybe you have a picture of your great grandparents as newly arrived immigrants, or a faded Polaroid of your crazy uncle attending a concert at the Syria Mosque. Perhaps it’s your mother setting off for work at an industrial facility during World War II, or a father holding his child’s hand in the Lower Hill District.

We’re seeking photographs from every community, no matter whether you’re new to the city or have relatives with long histories in the region. Pictures can be 10 years or 100 years old. Our goal is to explore personal and family stories that can add depth and dimension to the city’s history.

We’ve posted a few pictures with this blog entry give you an idea of the wide range of photographs we’re seeking. Some are simple portraits — a person standing and looking directly at the camera. Others are candid shots. Some pictures show a wide view that give readers a look at nearby houses and streets and businesses. Maybe a relative once took a picture of a news event — a flood or the closing of a steel mill or a parade.

Describe your pictures or send a digital version of the photo to us at digs@post-gazette.com. Please include contact information so we can get in touch with you and hear the stories behind your photographs. And check back with the Digs as we share these images and stories and create a greater understanding of who we are.

Topics related to this:historic moments immigrants Pittsburghers you might not know The Pittsburgh Press