Rudolph’s big day in the city 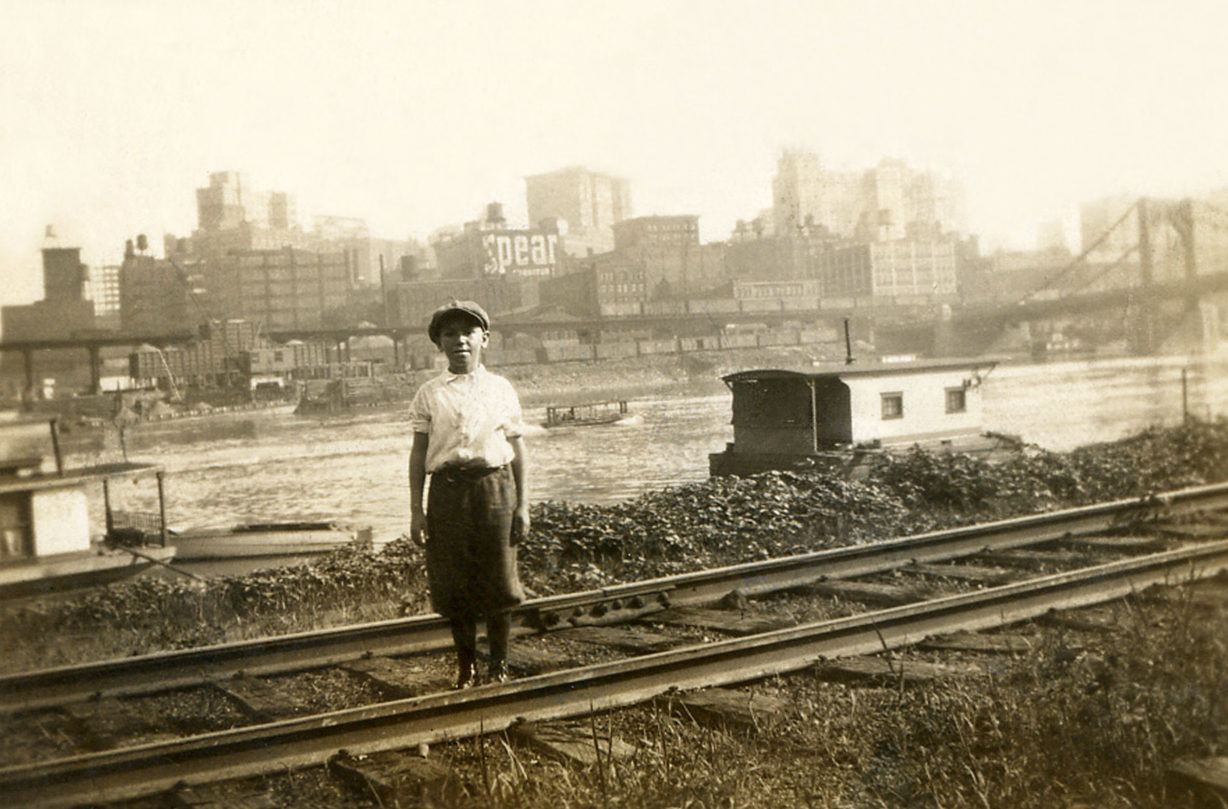 August Katrencik grew up in a Washington County coal town and, as a teenager, followed his father into one of the area’s many mines. For a year he dug the black rock. Then August left his parents’ Hendersonville home and moved 20 miles north to Pittsburgh in hopes of landing a job that did not require descending into a dark and dangerous hole. He found work as a busboy at the Duquesne Club and lived in a boarding house on Phineas Street on the North Side. He was 17.

Sometimes August would return to Hendersonville for weekend visits. But on one particular Monday — July 23, 1928 — he invited his 11-year-old brother Rudolph to the big city to ride the trolley and see the sites.

On the North Side, Rudolph stood in the middle of a railroad track a few blocks east of the Ninth Street Bridge while August took a photograph using a camera he’d earned by selling salve in his home town. Pittsburgh’s downtown district, appearing indistinct and drab, squats in the background. August and Rudolph also ventured to Highland Park and visited the zoo. There, Rudolph removed his newsboy cap and lounged in the grass. He wore a tie for this picture. Both photos reveal August’s remarkable skill as an amateur photographer.

After his visit to Pittsburgh, Rudolph returned to Hendersonville and eventually went into a mine to dig coal, as had his father and brother. Then, in the summer of 1938, with the Hendersonville coal mine shut down, Rudolph and a cousin hopped on a westbound freight train. Thus began Rudolph’s stint as a hobo. He wrote about his adventures in a 2000 issue of “Hobo Times:”

There are the smells of the boxcars, the freight yards. Spending days on end in the sun, wind and rain. There’s the element of danger – hiding from searchlights and railroad bulls who may be out to club you or even shoot you. Most of all I loved the steam engine. I called it a friendly one-eyed monster. I swear it’s alive, you actually can hear it breathe. When it blows a low mournful whistle it puts a chill down my spine. You want to pat its back, you want to give it thanks for taking you to far off places.

(Pictures submitted by Joe Katrencik, nephew of August and Rudolph)

Topics related to this:1920s Downtown Pittsburgh Pittsburghers you might not know street scenes