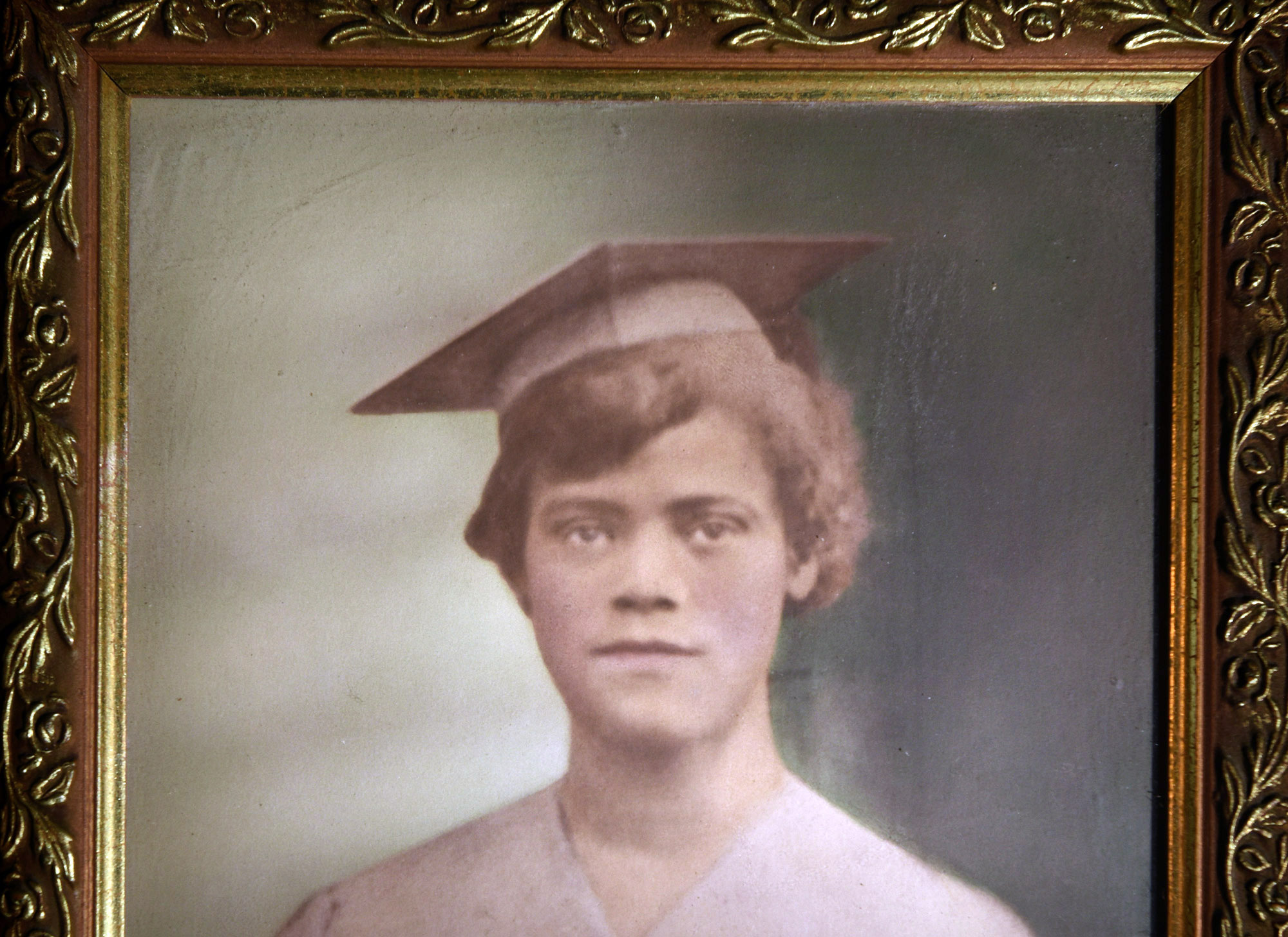 Rachel Poole was born in a Uniontown hospital on a mild December day in 1924. Her parents had migrated north from Virginia and settled in a tiny Fayette County coal town called Revere. Rachel remembers watching her father John Johnson disappear into the earth with other miners, each carrying a lunch pail.

But it’s the relationship with her mother that would shape Rachel’s life. Centrella America Moon Johnson was a teacher in Virginia and valued education. “I loved her dearly,” Rachel said.

“In the third or fourth grade, my teacher sent a note with my report card. My mom read it and it said, ‘Rachel is the smartest kid in class.’ I didn’t think about being smart or anything before that.  From then on, school was it for me.”

When Rachel was 9, everything changed. Cancer had invaded her mother’s body.

One day Rachel came home from school and her mother was gone. She’d been taken to a hospital. Rachel was told she was too young to visit.

“I never saw her again. That’s something no one will understand — how horrible that was. You don’t know how much that hurt me, not knowing where she was. She died not long after. That stuck with me and influenced much of what happened in my life. That’s why I became a nurse.”

Rachel Poole as a nurse with daughters Tenache and Adriene. (Courtesy of Rachel Poole)

Rachel moved in with an aunt and uncle in Pittsburgh.

After graduating from Westinghouse High School as co-valedictorian, Rachel yearned to study nursing at the University of Pittsburgh. She was told the school did not accept black students.

World War II changed that. “The government jumped in,” Rachel said. “The war was red hot. And they said, ‘You have to admit some blacks to the nursing school as long as they’re qualified.’ And we were qualified.”

In 1943, Rachel became one of the first three black students admitted to Pitt’s nursing program. All three graduated in 1947.

“I met him when he was working for the welfare agency and we got married,” Rachel said. “I was working on my master’s degree. He had earned part of his bachelor’s. I said, ‘We’re not going to make it if I have all the education, so you’re going to have to get on the ball.’ I was a bit bossy about that. Then I said to him, ‘Who’s going to get their Ph.D. first? Why don’t you get yours first?’ He got it quick. He was as smart as could be.”

Rachel became the first director of nursing at Western Psychiatric in 1964. She served in that capacity for a decade. She earned a doctorate in education and taught nursing at Pitt.

Today Rachel lives in the Hill District with her daughter Tenache Golden. A few years ago, she wrote a children’s book, “The Girl with Green Bean Hair.”

Much of Rachel’s character was shaped by her own childhood experiences. Not all were tragic. She recalled a moment in the mid-1930s, when her aunt took to see a doctor:

“I followed his advice for one day. Then I said, ‘Why am I sitting around?’ So I started running again. And I’m 92 years old, so there you go.”

Topics related to this:1930s Pittsburgh women Pittsburghers you might not know University of Pittsburgh