Porcelain door sleds, uncle Zeus and other stories of Mine 3 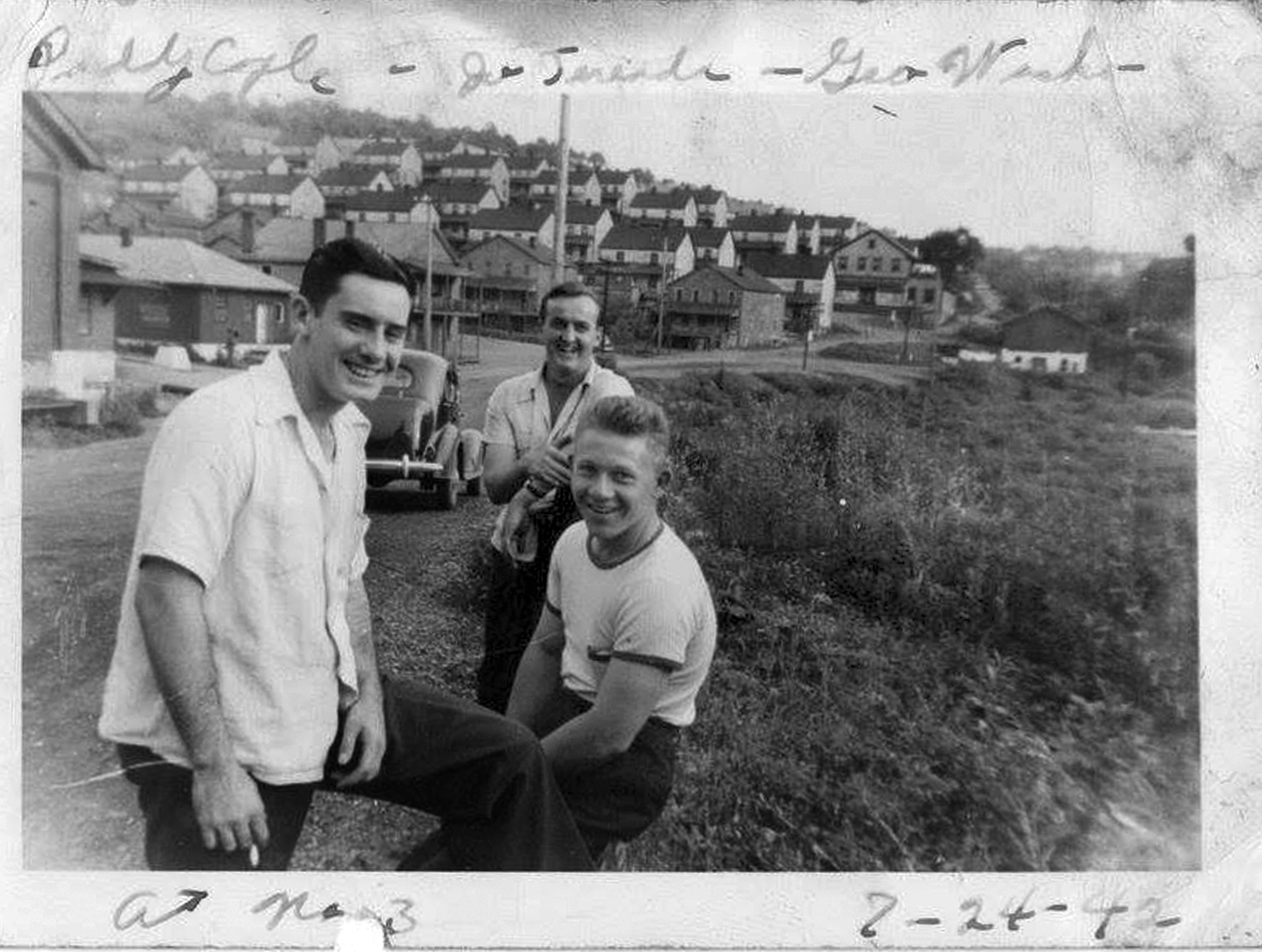 The Bethel Park community of Mine 3 as it looked in 1942. From left are Paddy Coyle, Joe Terenda and George Wasko.

Beverly Rowan remembers the winter day when she was a little girl and her father arrived home with a heavy porcelain door salvaged from a refrigerator we’d consider an antique today but at the time was simply considered old. The door had a smooth, curved outer surface. Perfect. Beverly and her friends in the neighborhood known as Mine 3 dragged the door to the top of snow-covered Third Street, then they all piled on. Someone gave a push, and the door began moving forward.

It quickly picked up speed. Third Street is steep and narrow and within moments, the makeshift sled was careening downhill, occasionally bouncing off telephone poles and other obstacles lining the street. Kids bounced out, skidded to a stop and watched as the door sped downhill without them. Finally the sled and its laughing survivors came to a halt near a set of trolley tracks at the bottom of the hill. Boys dragged the door back up Third Street. The kids of Mine 3 were ready for another run.

Mine 3 today is a patch of duplexes and wood-frame houses with mostly light-colored siding. If you’re southbound on Route 88, it’s on the right, just past Washington Junction. The community looked a bit different when it was built more than a century ago by the Pittsburgh Terminal Coal Co. for workers toiling in a mine (also called “Mine 3”) located just across Route 88. Old pictures show rows of nearly identical two-story “company” houses.

The mine closed in the late 1930s, but the neighborhood remained. Beverly, who grew up there in the 1950s and 60s, describes Mine 3 as a close-knit community. Everyone in the neighborhood had a nickname: Smokey, Chitty, Secka, Raggs, Punkin, Bootsie. Beverly’s uncle John was Zeus.

Mine 3 was populated by Slovaks, Hungarians, Poles, Italians and African Americans, Beverly recalls. Squeezed among the houses were a beauty shop and a grocery store. At the top of the hill was a social club. Old newspaper stories indicate the community at one time had a skating rink, two beer gardens and a school.

Neighbors gathered for Saturday night bonfires. They roasted marshmallows and played tag. Mine 3 kids celebrated Halloween by donning costumes, going door to door and disguising their voices to trick adults. Children would not leave a house until they were properly identified by the residents.

On a few occasions one of the old wood houses would catch fire. Sirens screamed out at night and flames lighted the darkness. Beverly remembers jumping out of bed and, with her parents, rushing to the scene.

A massive snowstorm struck Pittsburgh in November 1950. Beverly’s mother Helen Mosko was stuck on Third Street, ready to give birth to a baby girl. Men in the neighborhood placed Helen in a sled and carefully walked her down Third Street so her husband Joe could could get her to hospital. That’s how Beverly’s sister Susan entered the world.

Beverly’s parents lived in Mine 3 for nearly 40 years — Joe died in 1982 and Helen moved to Castle Shannon two years later. Third Street remains, steep as ever. If you climb to its highest point, you can look down and imagine the mix of excitement and fear felt by kids prepared for a thrilling ride into the unknown nearly 60 years ago.