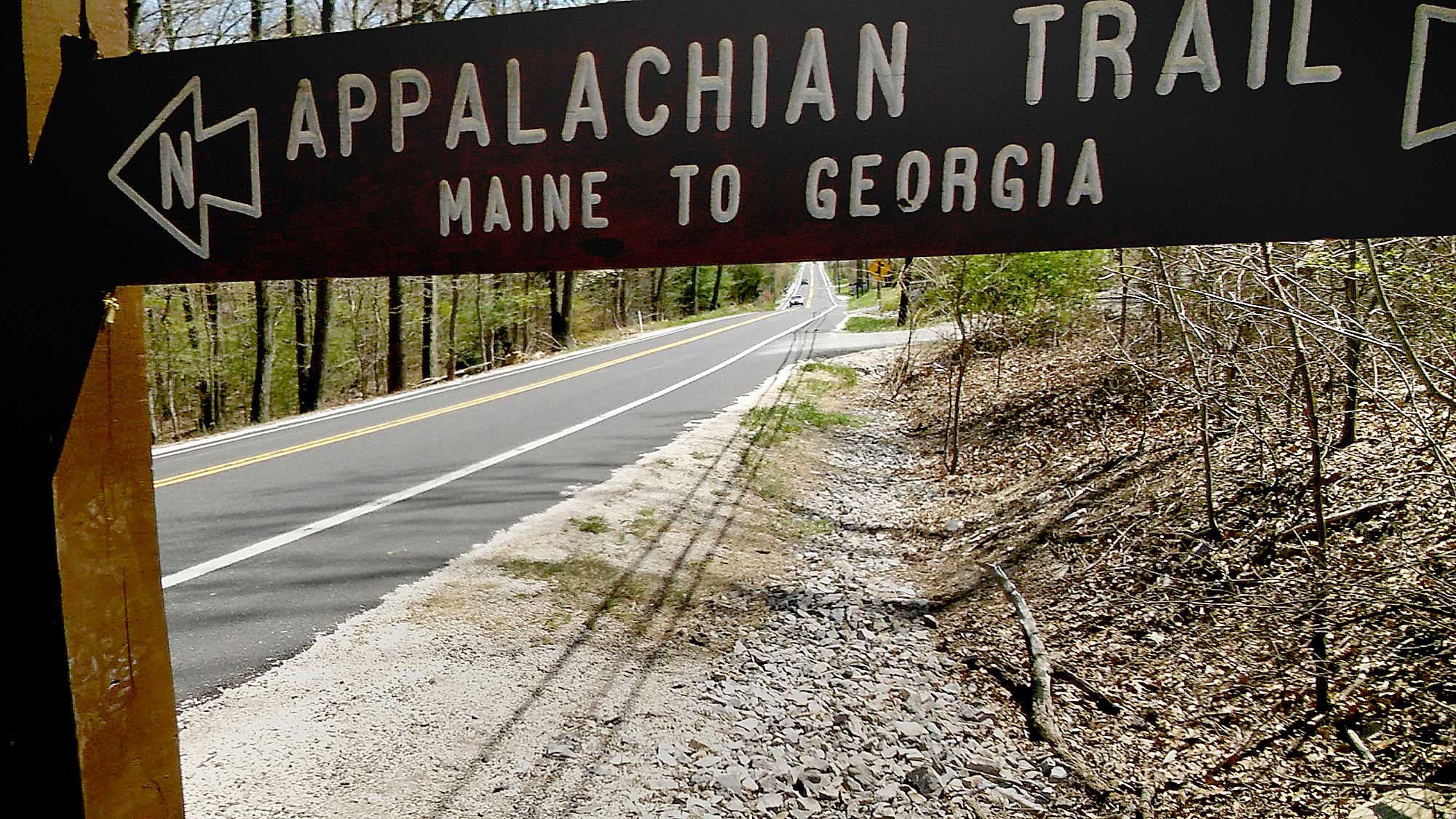 Ten miles south of Boiling Springs, in Cumberland County, the AT crosses state Route 94 and begins climbing the northern end of the Appalachian's Blue ridge, which the AT has been following since Georgia. (Don Hopey/Pittsburgh Post-Gazette)

This year, more than 2 million people will set foot on “America’s Trail,” most for a short stroll or day hike. And about 2,000 more will attempt to “thru-hike,” that is walk the trail end-to-end.

Both of those estimates are higher than the user numbers for any previous year and likely are inflated not only by the publicity for the National Park Service’s 100th anniversary, but also, according to Karen Lutz, director of the Appalachian Trail Conservancy’s Mid-Atlantic Region office in Boiling Springs, Cumberland County, by the release last year of the movie “A Walk in the Woods.”

The film, starring Nick Nolte and Robert Redford, is based on author Bill Bryson’s humorous if not entirely believable 1998 book recounting his attempted thru-hike, which also caused a spike in hiker numbers then.

A similar bump in foot traffic occurred after the publication in spring 2012 of “Wild,” Cheryl Strayed’s memoir of her 1,000-mile hike on the Pacific Crest Trail, and again after the December 2014 release of the movie of the same name starring Reese Witherspoon.

Those waves of interest, popularity and use are welcomed as ways to publicize the trail and its amenities, but they also present a riptide of problems caused by people who don’t share trail founder Benton MacKaye’s vision of the trail as a refuge, but rather treat it as a portal to partying, vandalism, littering and graffiti.

Often, people who have never been on the AT or any trail before don’t know about trail ethics or fire rules or bathroom guidelines or packing out all trash.

“We’re really working to get the ‘leave no trace’ message out there to the new trail users who don’t have any experience,” Ms. Lutz said. “We have a responsibility to educate them.”

A case in point occurred recently at one of the AT trailheads that’s a short walk from a well-known ridge-top overlook. Ms. Lutz was in the small parking area next to the trailhead when a dad and his two teenaged daughters got out of their car, pulled on backpacks and started shaking spray paint cans.

The man called out to her, “Do you know which way we need to go to paint the rocks?”

“I was flabbergasted,” she recalled. “They didn’t get it. They didn’t know that the trail is public property, that what they wanted to do was so wrong.”

She set them straight and told them to enjoy the hike but leave the paint.