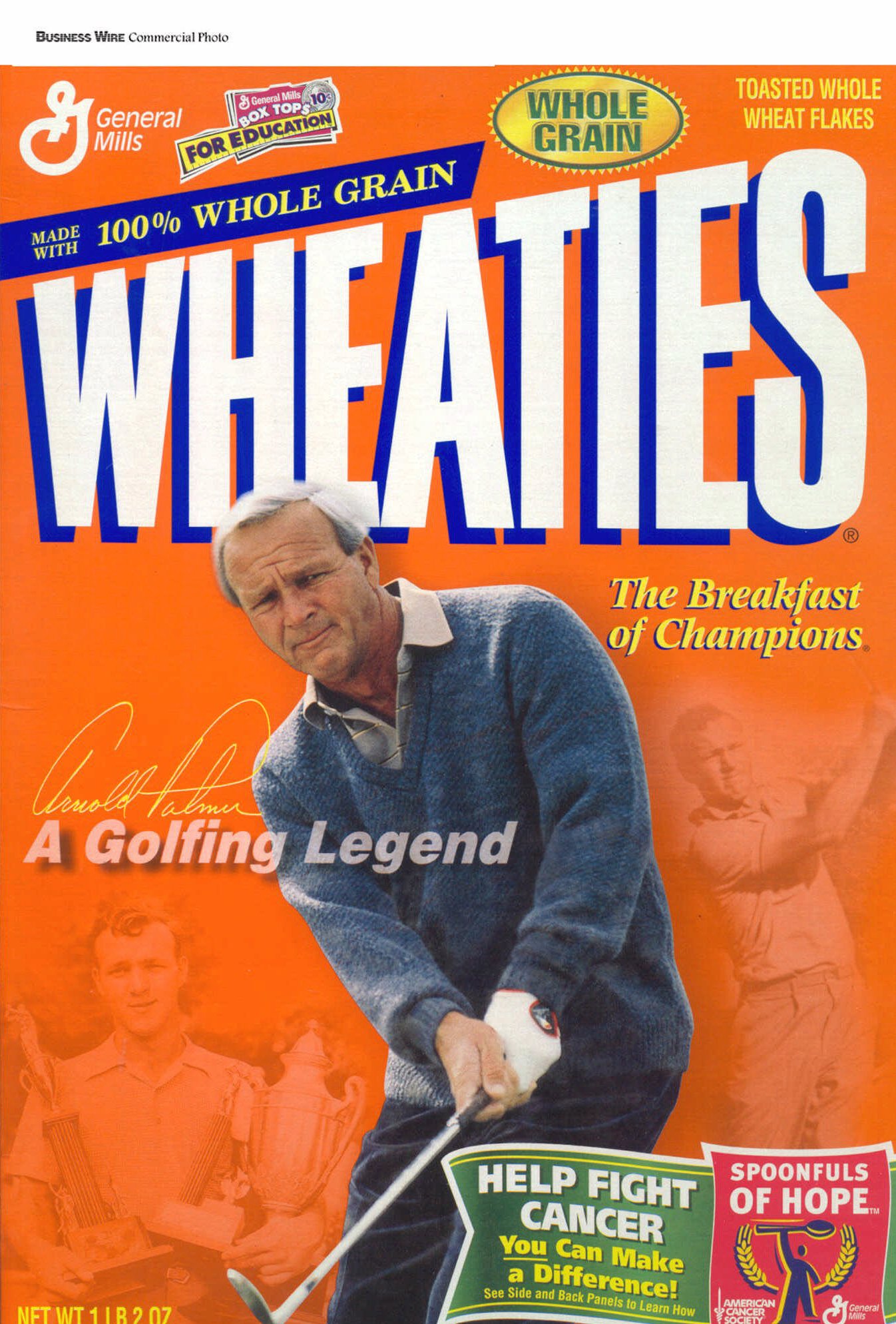 Athletes were selling products long before Arnold Palmer hitched up his pants and started endorsing airlines, rental car companies, motor oil and a host of other goods.

But Palmer, who died Sunday, elevated the practice to an art form, pulling in millions of dollars in endorsement money long after his professional playing days were over.

He did it just by being Arnie Palmer.

“He was consistent across all aspects of his life. He was the best golfer. He was the best person. He conveyed the idea of being the best in whatever he did. That’s really what makes a great brand: consistency,” said Casey Newmeyer, a marketing professor at Case Western Reserve University in Cleveland.

There were many reasons for Palmer’s commercial appeal: his good looks; his engaging smile and personality; his modest background; and his swashbuckling style that was fortuitously timed with the emergence of television. When E-Poll Market Research put a number on the strength of Palmer’s appeal, the Encino, Calif., firm found he had a higher score than any other golfer — active or retired.

“Which is a pretty amazing number when you consider his age and how long he has not been playing golf,” E-Poll president and CEO Gerry Philpott said.

E-Poll ranks athletes and other high profile individuals based on their appeal and how well known they are. For athletes, appeal is based on whether they are perceived to have 46 attributes, including being approachable, classy, down to earth, sincere and trustworthy. Palmer’s score was 94, compared to 91 for Jack Nicklaus, who won 11 more major tournaments than his longtime adversary. Phil Mickelson was the highest-ranked active golfer at 85.

Among the 1,200 athletes that E-Poll ranks, Palmer scored highest in terms of being classy, Philpott said.

Palmer’s appeal was on full display just as golf entered the television era. His charisma and winning character helped turn what had been a sleepy, country club sport into a game for the masses.

The pairing resulted in a golf course construction boom, according to Stephen Shmanske, a California State University professor who has written two books on the economics of golf. Palmer’s golf course design business benefited from that interest. And it was viewers who wanted to see Palmer play in his 50s and beyond that helped get the PGA Senior Tour (now the PGA Tour Champions) off the ground, Shmanske said.

“Today’s stars don’t have the clout that Arnold had,” Shmanske wrote in an email.

Palmer had a lot of help developing and preserving what today is called his “brand.” Crucial to his success was Cleveland attorney Mark McCormack, who first sized up Palmer when his College of William and Mary golf team played a match against Palmer’s Wake Forest squad.

The two later struck up an acquaintance and when McCormack founded International Management Group, a sports marketing firm, he took on Palmer as a client.

“They never had a written contract. They only had a handshake,” said Lisa Masteralexis, a sports management professor at the University of Massachusetts Amherst who has represented professional athletes.

One of Palmer’s biggest contributions to the enduring partnership was that, rather than grab every endorsement opportunity that was offered, he chose only products he used or believed in, said Masteralexis, whose school’s sports management department is named in honor of McCormack. Often celebrities lose their credibility by endorsing everything in sight.

“He just brought such credibility to everything he touched because we trusted him as fans,” Masteralexis said. “It really paid dividends for Arnold Palmer if you think about the fact that he’s ranked second or third in terms of retired athlete’s marketing revenue.”

“The vision that McCormack had is that he understood sports as a global platform long before anybody else,” Masteralexis said. “Having a personality like Arnold Palmer allowed him to lure the corporations in to have access to this person everybody wanted to be around.”

Tiger Woods, Palmer’s contemporary golf counterpart, had a lot of the same appeal. But he was under more intense scrutiny and was handled in a completely different manner, Masteralexis said.

“It never seemed like we could see the authentic Tiger,” she said.

Social media exposure Woods received following the breakup of his marriage and revelations of affairs makes it harder for current celebrities to achieve and maintain the level of appeal Palmer enjoyed.

“If today’s social media existed back then, I’m not sure how many people would have held up to such a high standard,” Philpott said. “There was nowhere near the level of scrutiny.”

That said, there’s no denying that a large part of Palmer’s appeal was that he really was the warm, engaging person he appeared to be.

“It wasn’t contrived. It wasn’t fake. He wasn’t living in a world of handlers and public relations people,” said Patrick Rishe, who teaches sports business at Washington University in St. Louis. “He was someone who made others feel important.”