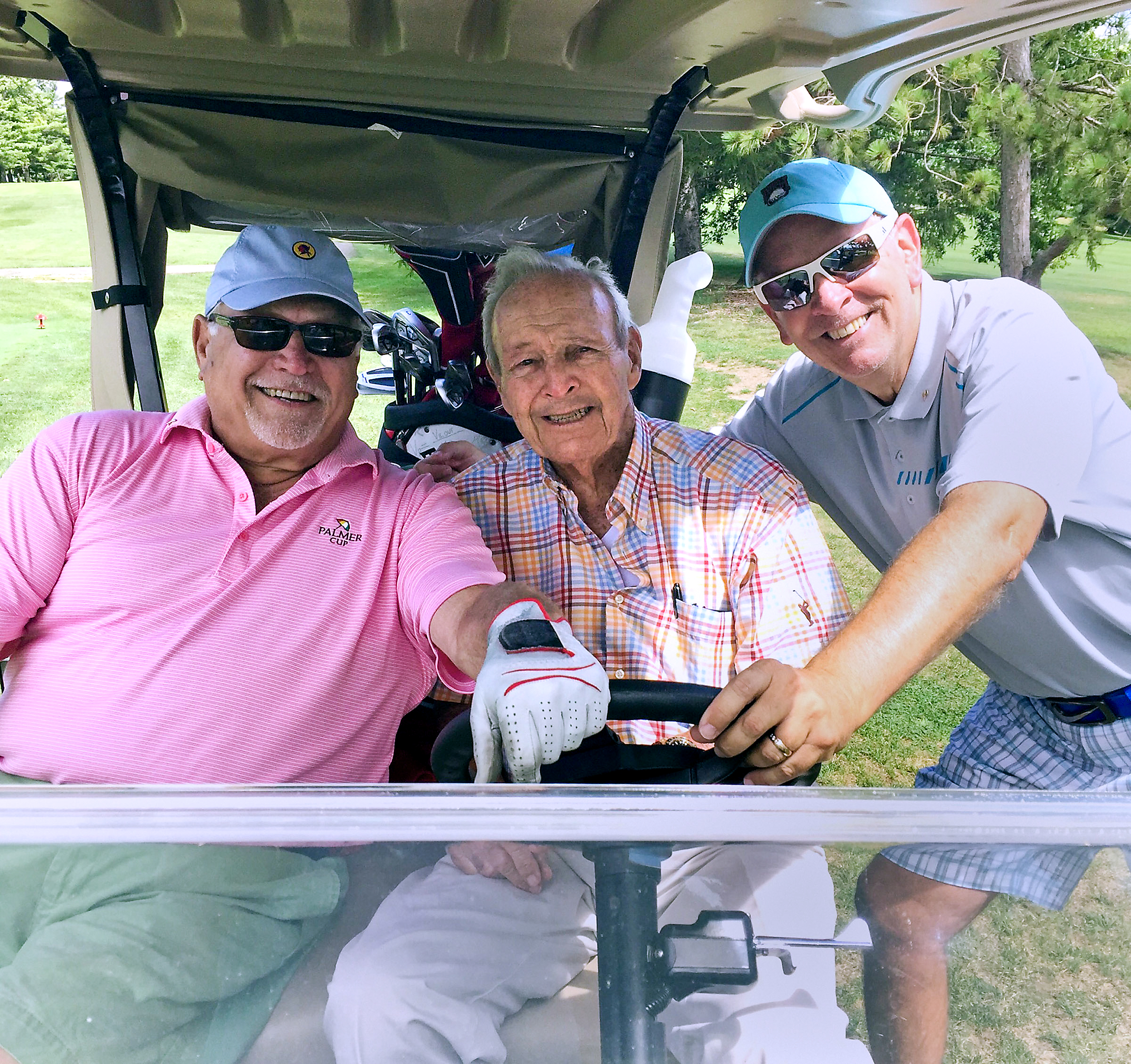 I was never around Arnold Palmer in his heyday when he electrified the golf world with his magnetism and dashing style, winning seven major titles among his 62 PGA Tour victories.

I was never a firsthand witness to the galleries known as Arnie’s Army that stormed down fairways or the powerful, thrusting whirly-bird swing that was as much his signature as a cardigan sweater. I was not part of the grace he exhibited with the media in the locker room, whether it was after a charging victory at Cherry Hills in 1960 or a devastating defeat to Billy Casper at Olympic Club in 1966.

But I’ve been around him for nearly three decades, for the final chapters of a career in which he was, arguably, not only the most famous golfer of all time, but one of the three most significant sports figures of all time, along with Babe Ruth and Muhammad Ali.

I was there at his Bay Hill Club in Orlando, Fla., when he agreed to meet with me in February 1997 after his surgery for prostate cancer. In the interview, the man known for hitching his pants stood up, dropped his trousers and said, “You ever see one of these?” I was relieved when he showed me his 4-inch scar from the surgery.

I was there in 1994 for his final appearance in the U.S. Open, fittingly at Oakmont Country Club; and for 12 of his final 17 playing appearances at the Masters, including the 50th and last one in 2004 when I was one of the thousands who arrived early at the 18th green at Augusta National Golf Club, wanting to make sure I wouldn’t miss the walk up that incredibly steep fairway for the final time.

And I was there for every one of his 10 ceremonial opening tee shots he performed as the honorary starter at the Masters, most especially the final one five months ago when he was too weak and unsteady to hit a shot but still joined his pals, Jack Nicklaus and Gary Player, on the first tee. They chauffeured the King from the clubhouse porch to the tee in a golf cart that morning, a procession of family of friends, including Nicklaus and Player, following behind him. There were not a lot of happy faces in the cortege. Sad to say, it reminded me of a more somber type of procession.

Sam Saunders, a professional golfer and grandson of Arnold Palmer, discusses a favorite memory of his grandfather. (Video by Steve Mellon)

I thought of all that Sunday night in Philadelphia when I heard Arnold Palmer died, at age 87, while awaiting surgery for a heart valve replacement. I thought of all the things everyone from the golf world was saying about him — his greatness and historical imprint, his warmth and unwavering charm — during live late-night coverage on the Golf Channel.

But what I realized about my time around Arnold Palmer — 28 years to be exact — was not necessarily the moments I enjoyed as a professional interviewing and writing about the man who changed the way the game was viewed around the world. Instead, it dawned on me how easy it was to take his immense presence for granted because of how easy he made everyone around him feel. It dawned on me how lucky I was to be around him in the settings where he is most comfortable, and it was nothing for him to make sure you felt the same.

I thought of the time two years ago when he waited in the pro shop to say hello when he heard I was stopping over from training camp in Latrobe. Or, in May 2009, when I made my second hole in one at the 10th hole at Latrobe Country Club, he was sitting behind the green, near the halfway house, and did more than just congratulate me. He proceeded to the pro shop and announced to the staff I had a hole in one. Imagine.

I thought of the time I got to introduce him in 2005 when he was awarded the Dapper Dan’s Lifetime Achievement Award, and the three other times after that at functions in Latrobe. As he climbed the steps to the stage at one of the affairs, he tilted his head and whispered, “What do they want me to do?” I told him he needed to present an award named after him. Without missing a beat, he nailed a 10-minute speech and presented the award. That’s why he’s the King.

It is in those moments you forget he is one of the greatest sports personalities of all time, not just a generation. Mainly because he never acted like one.

I thought of all those things, but I also was reminded of one haunting image: How different he looked when I saw him on his way to the first tee in April at the Masters.

I did not get a chance to speak with Palmer that day, and the thought crossed my mind it might be the last time I would see the King.

Bowing to the King

On Aug. 24, nearly one month to the day before the golf world cried, I was at Latrobe Country Club, playing in one of their monthly stag events, at the invitation of Doc Giffin, Palmer’s longtime press secretary and right-hand man.

One of the delights of playing with Doc, a former Pittsburgh Press sports writer, is his boss usually comes out to watch a few holes. And this was no different. Driving a cart with his big staff bag on the back, Palmer came out to the fourth hole and watched us play several holes. He wasn’t his usual gregarious self, barely speaking, and he never left his cart seat. But he smiled when he came over, managed to toss out the occasional dig, and took a couple of pictures, one of which you see here.

When we got to the 18th green, where the ashes of Palmer’s father, Deacon, are spread near a small red bush above the putting surface, I made a slippery 6-foot putt for par. Behind me, on the hill near the clubhouse, I heard someone clap.

Not knowing who it was, I turned around and bowed like an actor taking a curtain call. When I looked up, the applauding person was none other than Palmer himself.

I thought about that, too, Sunday night.

Fittingly, it was my final bow to the King.