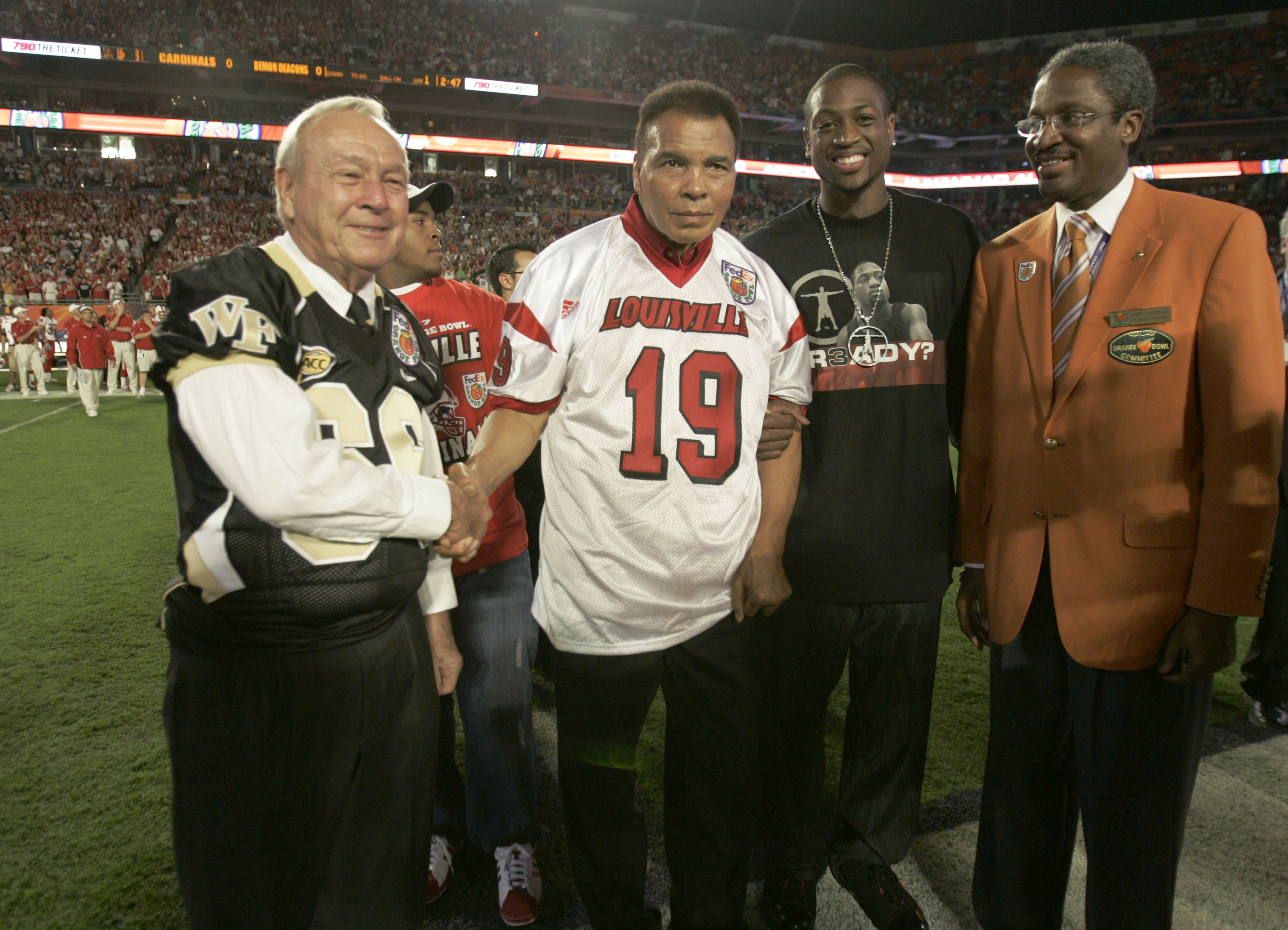 Arnold Palmer was the most celebrated and one of the most devoted sons of Wake Forest, which he attended for one reason — to play golf — almost 70 years ago.

The Latrobe native, who passed away at age 87 Sunday, never graduated and liked to joke about his lack of academic proficiency. But no scholar contributed more.

Donors often are torn between what they see as a reasonable contribution and the institution’s request for a higher number. Former university president Tom Hearn told me every time that would-be contributor was a golfer and he asked Arnie to play a round with them, they gave the higher amount. And even with his packed schedule he rarely said no.

No one raised more money or brought more charm and charisma to the little school where he arrived, with one suitcase and golf clubs, in 1948, a late entry to join his golfing pal, Buddy Worsham. After two years when Worsham was tragically killed in an automobile accident Palmer left to join the Coast Guard after which he returned for a year.

He led the Deacons to the first ACC golf championship and started a national dynasty in the sport.

He spent more time on the links than in the classroom and once while he was walking past the Law Library, golf bag in tow, a student remarked: “He’ll never make a living playing golf.”

It wasn’t too many years later that that same man picked up Palmer at the Raleigh-Durham airport for a charity event. Arnie arrived in his private plane.

He never lost touch with his alma mater, endowing the first golf scholarship in memory of Worsham, heading the University’s fundraising drive, serving on the board of trustees and often returning to regale admirers.

In 2005 — almost a half century after the school had moved from the tiny town of Wake Forest to Winston-Salem — he gave the commencement address.

“I came from modest circumstances, and I was determined to be successful in my adult life,” Palmer told the graduates. “I didn’t know that golf would be my life and that the talent I had, coupled with dedication and hard work, would take me to the heights of my profession.”

Like Arnie’s Armies in the galleries, he had them in his hand.

Ed Wilson, the university’s most renowned intellectual, former-professor and provost and also a student in the 1940s, often spent time with Palmer in Latrobe or Florida or alumni gatherings or on campus. “I hardly ever knew him to talk abut his exploits,” Wilson recalls. Rather he preferred “reminiscing about memories off the golf course and about other Wake Foresters. I never knew a ‘famous’ person to be so engaging.”

Wake Forest, not renowned for its football prowess, had an unusually strong season and played Louisville in the 2007 Orange Bowl. Both teams picked honorary captains to face off before the game. Louisville chose Muhammad Ali; Wake chose Arnie. What a magical pair.

Albert R. Hunt, a former trustee of Wake Forest University, is a Bloomberg View columnist and a prominent commentator on American politics.