Being compassionate and charitable, you not only shoulder other people’s burdens but also put their needs ahead of yours. You need to set up healthy boundaries so that you break the pattern of being the victim in interpersonal dramas. An eclipse in February and another shift in November will push you back to reality, and horizons will be broadened. You tend to like soft foods such as polenta or risotto, which could be made with a variety of ingredients.

Eat this: Experiment with cookie and cocktail recipes that stretch your skills and imagination.

Not this: You need something to sink your teeth into, and not sweets like cotton candy, which basically is just a lot of air. 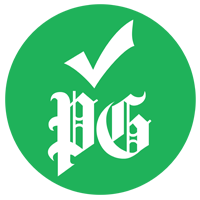 Pisces are known to be original and inventive and put a new spin on the ordinary. So showcase that individualism with blondies made with crystallized ginger, cashew nuts and a dash of rum. The delicious bars could quickly become mainstream once the word gets around.

Preheat oven to 325 degrees. Line a 9-by-13-inch pan with foil and coat it with cooking spray.

In a bowl, cream butter and brown sugar. Add eggs, rum and vanilla and beat until combined and creamy.

Stir in flour, baking powder and salt. Fold in ginger and cashews.