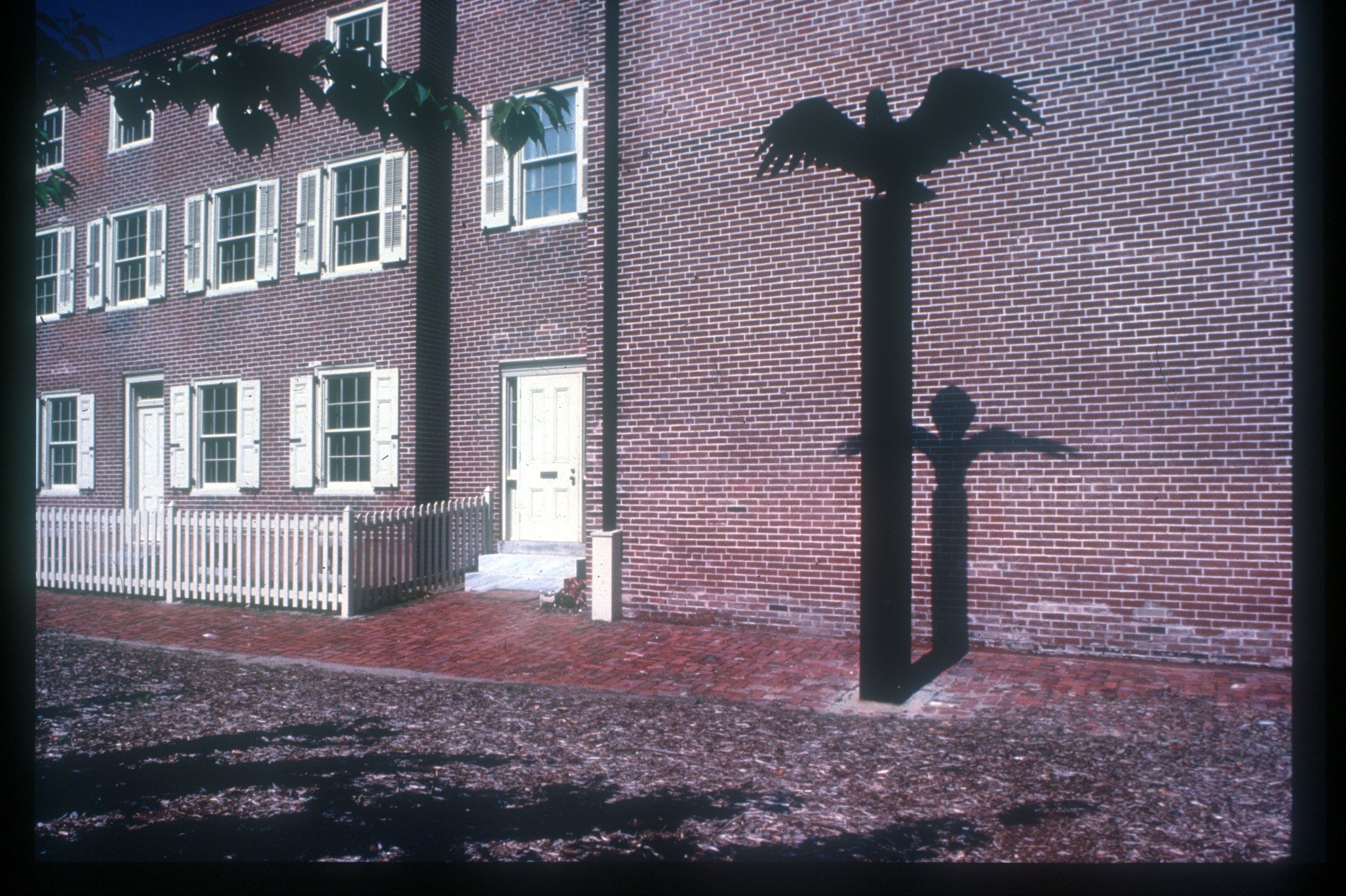 DM1POE13 - Image shows The Edgar Allen Poe National l Historic Site at 532 N. 7th St also known as the Poe House in Philadelphia. The Poe house will host the opening of the new exhibit, "Edgar Allan Poe: the Many Sides of Genius" about Poe with a lecture by Philly poet and Poe scholar Daniel Hoffman. At 2 p.m. Saturday Jan. 17. Exhibit is part of numerous Poe related events planned in Philly (and NY Baltimore, Boston and Richmond, VA.) to celebrate the bicentennial of Poes birth.

Peer into the nearly empty rooms of the last Philadelphia home of Edgar Allan Poe, and it’s not hard to imagine something dark. Something strange.

The eerie effect is not the objective of the National Park Service, which stripped the rooms of their furnishings because it did not have items that belonged to Poe and his wife (also his cousin) and mother-in-law (also his aunt) during their year there, from 1843 to 1844. But visitors may bring their own ideas about the man who penned “The Raven” and “The Cask of Amontillado.”

“With us doing the house as it is here, and leaving it as such, it kind of plays into the fantasies of Poe, that this is a ruin,” park ranger Steve Medeiros said on a recent tour of the house. “It looks like one of his short stories. Especially when we’re not here bathed in light. If this is a nice dark day, especially in October or November, it’s very spooky.”

Poe’s time in Philadelphia was not just about spooky tales. He worked as a magazine editor and a literary critic. But he also published some of his best-known stories, including “The Murders in the Rue Morgue,” “The Black Cat,” “The Tell-Tale Heart,” “The Fall of the House of Usher” and “The Pit and the Pendulum.”

“The years in Philadelphia were very productive for him,” said Katherine Henry, an English professor at Temple University.

When Poe arrived, in 1838, the city was a center of publishing. In the spring of 1839, Philadelphia supported seven daily morning newspapers, two daily evening newspapers and also weekly papers, according to Kenneth Silverman’s biography, “Edgar A. Poe: Mournful and Never-ending Remembrance.” It also was a city that specialized in darker Gothic literature, said Edward G. Pettit, an independent scholar and expert on Poe and Philadelphia.

“He comes to Philadelphia because he can make a living as a magazine writer and editor,” Mr. Pettit said. “It just happens to be the place where he can develop the one thing he’s exceptionally good at.”

The city was experiencing social turbulence, with racial tension and economic crisis. There were riots. It’s not hard to imagine that turmoil reflected in Poe’s fiction, with its murders and sickness and twisted minds.

Poe lived in Philadelphia for about six years but moved frequently. The family rented the house that is now run by the National Park Service.

“He moved so often, and he was always in need of money,” said Liliane Weissberg, a professor of comparative literature at the University of Pennsylvania who has published books on Poe. “And so most of the places where he stayed were places where he didn’t stay for an awfully long time, which he only rented.”

Visitors to the house, on North Seventh Street near Spring Garden Street, can see the cellar, which Mr. Medeiros says is associated with Poe’s description of the room in which the narrator of “The Black Cat” commits his dark deeds. They can see the worn plaster lining the walls of the rooms that the park service believes may have served as the family’s parlor and its kitchen. Aside from a few signs giving information, and artifacts perched in the open closets, the only decor adorning the rooms are prints along the walls showing illustrations such as a fireplace, a bookshelf and desk, a kitchen table with bread and jars.

Raven sculpture outside of the Edgar Allen Poe National Historic Site. (Photo by Tom Gralish)
Up the narrow staircase, visitors will see a print of Poe, seated and writing, accompanied by the family cat, Catterina, and a false window backed by a print showing a street scene with a horse and carriage. Up still more stairs to the third floor are rooms where Poe’s wife, Virginia, whom he married when he was 27 and she was 13, and her mother, Maria, may have lived.

The National Park Service was not the first to operate a Poe museum in the brick, three-story house. In the 1930s, Col. Richard Gimbel, a book collector and son of the Gimbels department store family, bought the property, Mr. Medeiros said, saving it from “the wrecking ball.”

“That house certainly wouldn’t have survived had Gimbel not bought it,” agreed Mr. Pettit, who said everything else in the area has been torn down.

Gimbel died in 1970, leaving the house, along with his collection of Poe materials, to the city or the Free Library of Philadelphia, depending on whom one asks. In 1978, Congress authorized incorporating the site into the National Park Service, and it opened a few years later.

Short on some of the details of Poe’s life in the house, the park service doesn’t guess.

“We don’t try to give a tour of this as a house, but as a memory of Poe living here,” Mr. Medeiros said. “We don’t know, other than Poe lived here for about a year. That’s the frustrating thing about Poe.”

Fans of the author can follow their tour of the house with a visit to the Free Library of Philadelphia, which boasts a large Poe collection, largely collected by Mr. Gimbel. The library has the only complete extant copy of “The Raven” in Poe’s own hand, said J. Eytan Shemtov, librarian in the Rare Book Department. The library does not keep all of its offerings on display, but some item of Poe is always visible, Mr. Shemtov said. The most popular piece, he said, isn’t Poe’s but is thought to have inspired him: a stuffed raven, in life named Grip, that belonged to Charles Dickens. (Poe reviewed Dickens’ book “Barnaby Rudge,” which featured a talking raven, and the two writers met in Philadelphia.)

“It was a very mischievous bird,” Mr. Shemtov said. “It bit one of his children, so he stuck it in the shed.” That was the beginning of the end: “It ate lead paint and died.”

While Poe left after a few years for New York, it was in Philadelphia that he came into his own as a writer, Ms. Weissberg said.