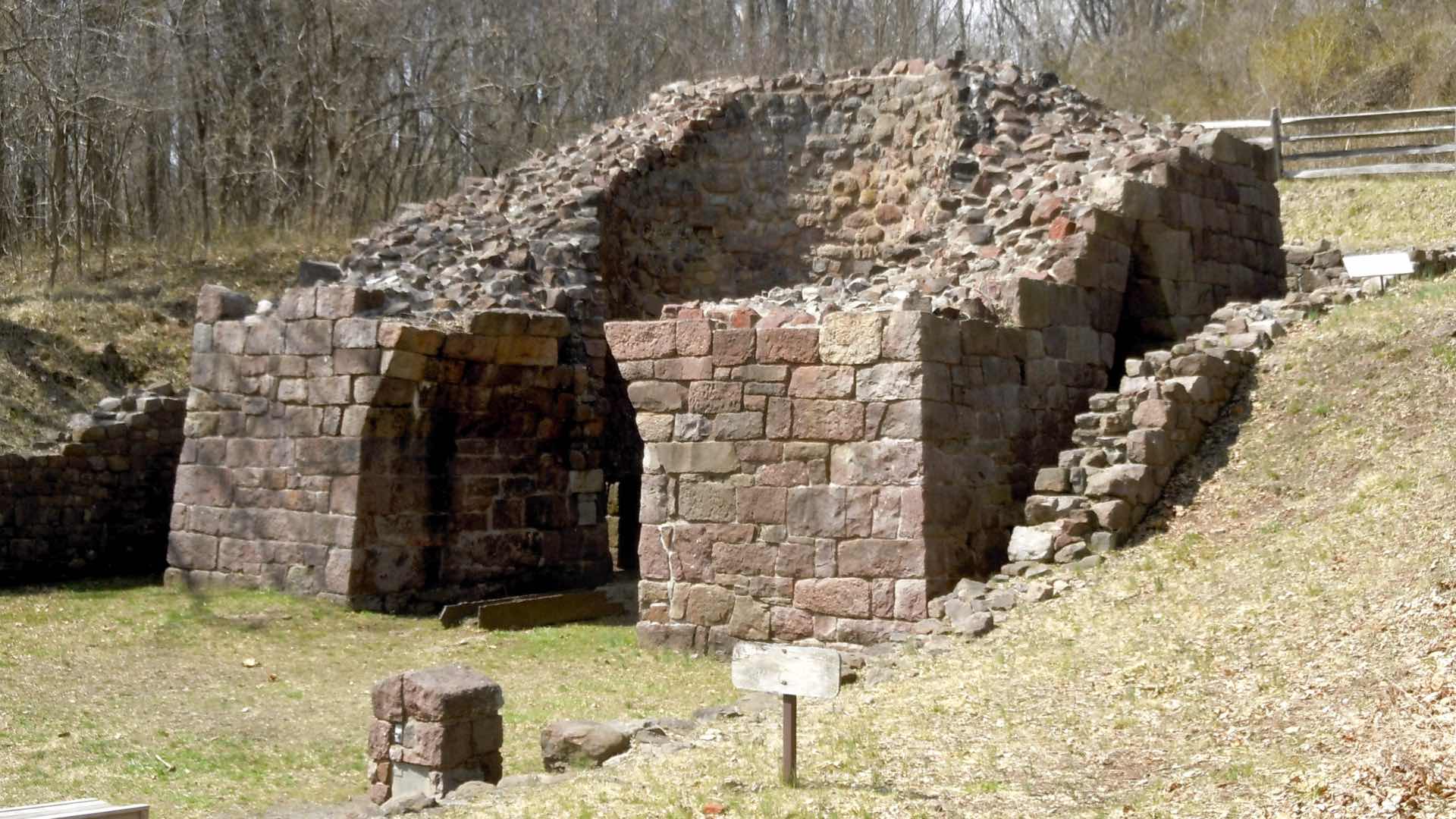 The history book explanation of American independence describes a tyrannical king abusing peaceful colonists who eventually picked up pitchforks and firearms and won their freedom.

The books don’t always get it right.

In Berks County, between Reading and Philadelphia, a different kind of national park shows a side of history that is too important to remain overlooked.

Hopewell Furnace National Historic Site is a partially restored factory center where natural resources were harvested, turned into iron and shipped to points in North America, Britain, the European continent and around the world. Industrialists including the Hopewell furnace master were among the first to question their continuing need for Britain. They were the backers of the American Revolution and, for a time, the people who benefited most from it.

“One of the biggest questions we get at the front door is, ‘We saw the sign on the turnpike. What is this place?’ ” said park ranger Norman Feil. “It’s not listed in most history books. We tell them, then show them about the early industrialization that occurred here and they say they’re fascinated by the story. They didn’t know this happened in our country.”

For hundreds of years, the British economic model was to establish colonies where raw materials could be collected, shipped to England, refined into products and sold back to the colonists at a significant profit for British companies. After 150 years, structural and economic infrastructure in North America had grown stable and mature enough to support international trade without the need for a British middleman.

In the 1750s, after much of Gen. Edward Braddock’s army was routed near Fort Duquesne, native tribes raided farms and communities as far east as Carlisle. Wealthy colonial industrialists wondered why they were paying taxes for military protection that wasn’t provided, and why profits from their hard work and ingenuity were being siphoned off to a motherland they felt was no longer needed?

Iron production required several resources, all of which were available in southeastern Pennsylvania. Mr. Feil said heavy industry was established in the region early in the colonial period.

“In this corner of the state, they had a lot of things in place,” he said. “A major city, Philadelphia, where immigrant workers could come in and exports could go out. They had a transportation system of rivers, canals and turnpikes. They had what seemed like unlimited forests, coal and other resources. It’s not surprising that this became a center of industry.”

Furnace master Mark Bird inherited an ironworks from his father and expanded the business with the Hopewell site and other interests. After George Washington’s Colonial Army lost a major battle at Brandywine Creek, Mr. Bird provided supplies during their winter at Valley Forge. Worried that the British might raid the furnace site, cannons made for Washington were buried nearby.

Early in the 1930s, when French Creek State Park was established, 848 adjacent acres were set aside to create Hopewell Furnace National Historic Site. As many as 55,000 visitors per year tour the reconstructed worksite, including the visitor’s center, furnace master’s mansion, a water wheel, sluice, remains of an anthracite furnace that operated for just a few years and another dozen restored structures.

“There are just a handful of national parks talking about industrial culture in the United States,” Mr. Feil said. “The change from an agricultural nation to a nation of business and industry was crucial in the development of this country, and it’s a fascinating story.”