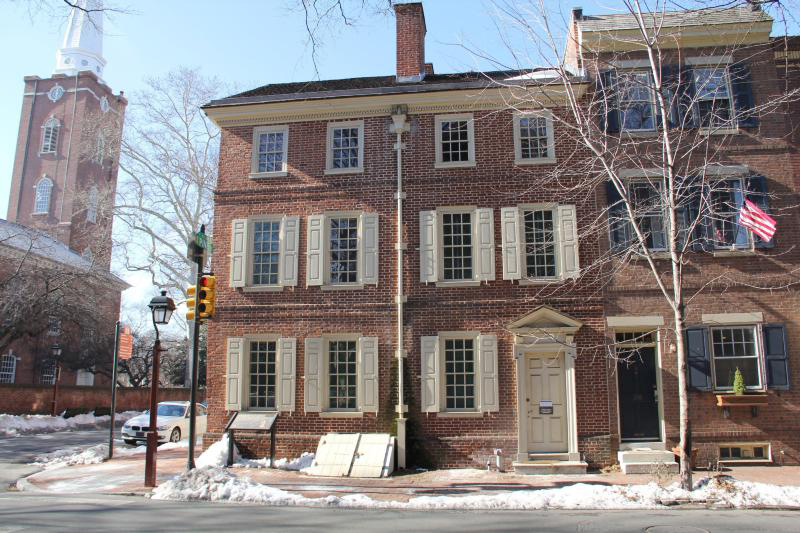 Every American school student knows about Ben Franklin, Samuel Adams and Paul Revere. And rightly so — history records their contributions to the birth of this nation.

Thaddeus Kosciuszko (pronounced kosh-ch-iu-shko) didn’t make it into the history books despite significant contributions to the American Revolution, European independence movements, education of former slaves and a lifelong passion for supporting individual freedom.

“Thaddeus Kosciuszko was truly one of our Founding Fathers, even though nobody knows it,” said Adam Duncan, a historian at Independence National Historical Parks in Philadelphia. “He contributed more to the ideals of liberty and American independence than a lot of people who came to be famous. … But even as a historian, I never came across his name until I started working with the National Parks.”

The National Park Service welcomes visitors to the Polish freedom fighter’s preserved street-corner home where for two years he was occasionally visited by his friend Thomas Jefferson, then vice president of the United States. In fact, the author of the Constitution is credited with coining one of the few quotations dedicated to Kosciuszko, calling him, “As pure a son of liberty as I have ever known…”

At 0.02 acres in size, part of a city block, the Thaddeus Kosciuszko National Memorial is the smallest space managed under the National Park System. It’s also the least visited, attracting 1,261 guests in 2015.

Nevertheless, the story of Mr. Kosciuszko’s passionate fight for worldwide freedom deserves to be told.

Tadeusz Andrzej Bonaventura Kosciuszko was born into a wealthy Polish family in a town that is now in Belarus. After graduating from military college in Warsaw, he moved to the British colonies in 1776, volunteered for service on the side of the revolution and was commissioned a colonel in the Continental Army.

Mr. Kosciuszko masterminded the plan that slowed the British advance down the Hudson River at the Battle of Saratoga, a key turning point in the war. But his greatest contribution to the American cause was, perhaps, his experience as an architect. He designed and supervised the construction of impregnable state-of-the-art military fortifications including West Point. In 1783 he was promoted to brigadier general.

The American Revolution sparked independence movements around the world. After the war Mr. Kosciuszko returned to Poland where he led the Kosciuszko Uprising, an unsuccessful revolt against occupying Russia and Prussia. He returned to the new United States in 1797 and lived in the Philadelphia house while lobbying Congress for back pay and vocally supporting the abolition movement. Congress paid up with $15,000 and 500 acres of land in near what is now Columbus, Ohio.

“In a few years, he went back to [Europe] and Napoleon asked him to help lead French troops into Poland,” said Mr. Duncan. “But Napoleon being Napoleon, [Mr. Kosciuszko] turned him down and moved in exile to Switzerland where he continued to support independence movements, including freedom for slaves in America.”

Following his death in 1817, Mr. Kosciuszko’s will tapped his old friend Mr. Jefferson as executor charged with using proceeds from the sale holdings to buy the freedom of slaves, including those owned by Jefferson, and educating them to live independently.

That never happened. Jefferson, then 77, claimed he was too old to execute the will and passed the responsibility to a friend, who also declined to manage the bequest. The discovery of additional wills signed by Mr. Kosciuszko complicated an already twisted legal case, which occupied the courts for decades and went three times to the Supreme Court before it was finally settled in 1856. The provisions of his American will were never carried out, but assets from his estate (the Ohio land was sold in the 1850s) were used to start an educational institute for African Americans.

The Kosciuszko home in Philadelphia is of typical 18th century colonial design with interiors decked in period furnishings. The most interesting room is a first-floor exhibit of the military hero’s battles in America and Poland, and a short film about the social justice crusader’s struggle for global freedom.

“Last year we brought some 90 Polish scholars to the U.S. in disciplines from nuclear physics to biology to music and history,” said foundation president and historian John S. Micgiel. “Primarily we give out scholarships.”

Last month, members of the Pittsburgh chapter of the Kosciuszko Foundation marched in the city’s bicentennial parade.

“It’s about celebrating our roots,” said president Mary Louise Ellena, once a Kosciuszko scholarship recipient. “In order to look forward, we have to understand our past.”

Paintings of Founding Fathers including Mr. Kosciuszko hang in galleries around the world, including the Library of Congress. Still, his legacy continues to be more often remembered outside the United States. In Poland, he’s a national hero. Australia’s highest mountain is named for him, and Kosciuszko National Park honors both the mountain and the liberty of the region’s aboriginal people, a cause the freedom fighter would surely have embraced.