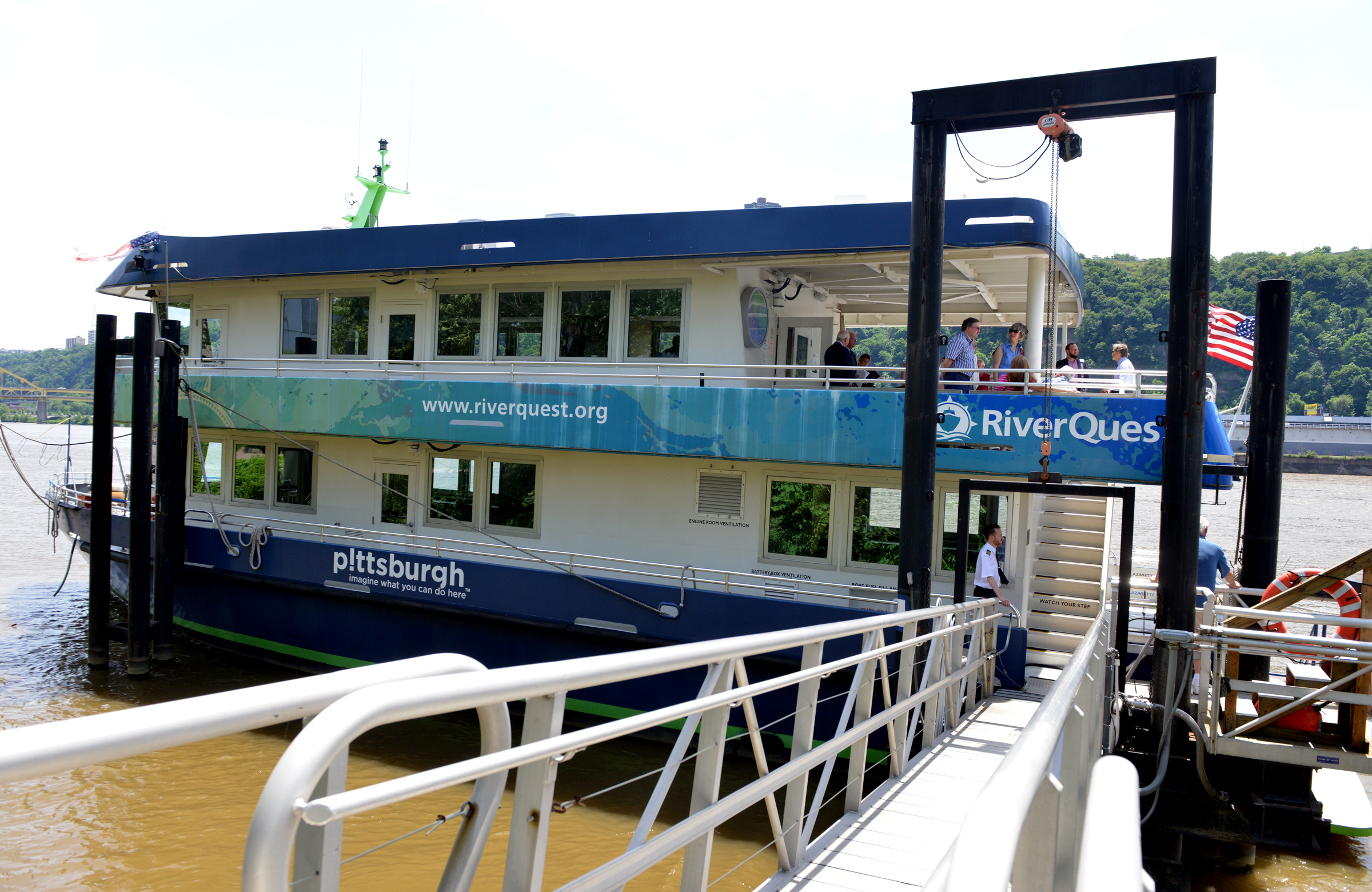 The Rivers of Steel National Heritage Area is finally getting a boat.

The Homestead-based, eight-county heritage area, established in 1996, has always pined for a vessel to give industrial tourists a more connected view of the region’s riverine landscape once dominated by the hundreds of mills and foundries that grew like giant, fiery, smoke-spewing mushrooms along the region’s river banks.

By fall it should get its wish, said Augie Carlino, the heritage area’s president and CEO, with the takeover of the Voyager, a custom-built, hybrid-diesel boat that’s been operated by RiverQuest, an educational non-profit, since 2009.

Mr. Carlino said Rivers of Steel and RiverQuest still must close on the agreement to take over the boat, and the state attorney general must approve it. And Rivers of Steel is still fundraising to pay for the transition — it needs $1.7 million for the first three years of operations.

“But it’s going to happen. Almost certainly,” he said. ”I think we’ll be able to close the deal by the end of August and begin offering tours in the fall.”

Part of the takeover agreement requires RiverQuest to do a $200,000 retrofit of the 90-foot-long boat’s engine before ownership is transferred, and Mr. Carlino said that is “almost all done.” When it is finished, the hybrid engine will be able to run for an hour off of on-board batteries that can be recharged at the dock or while cruising with an engine that can run on a diesel fuel mixture that is up to 20 percent animal or vegetable biofuel.

Under Rivers of Steel command, Mr. Carlino said, the Voyager will still be used for school educational programming, but the emphasis will shift toward sightseeing tours, private charters and a regular schedule of tours emphasizing the industrial history of the region and its rivers.

An interactive map showing the locations and names of mills and foundries is available on the Rivers of Steel website.