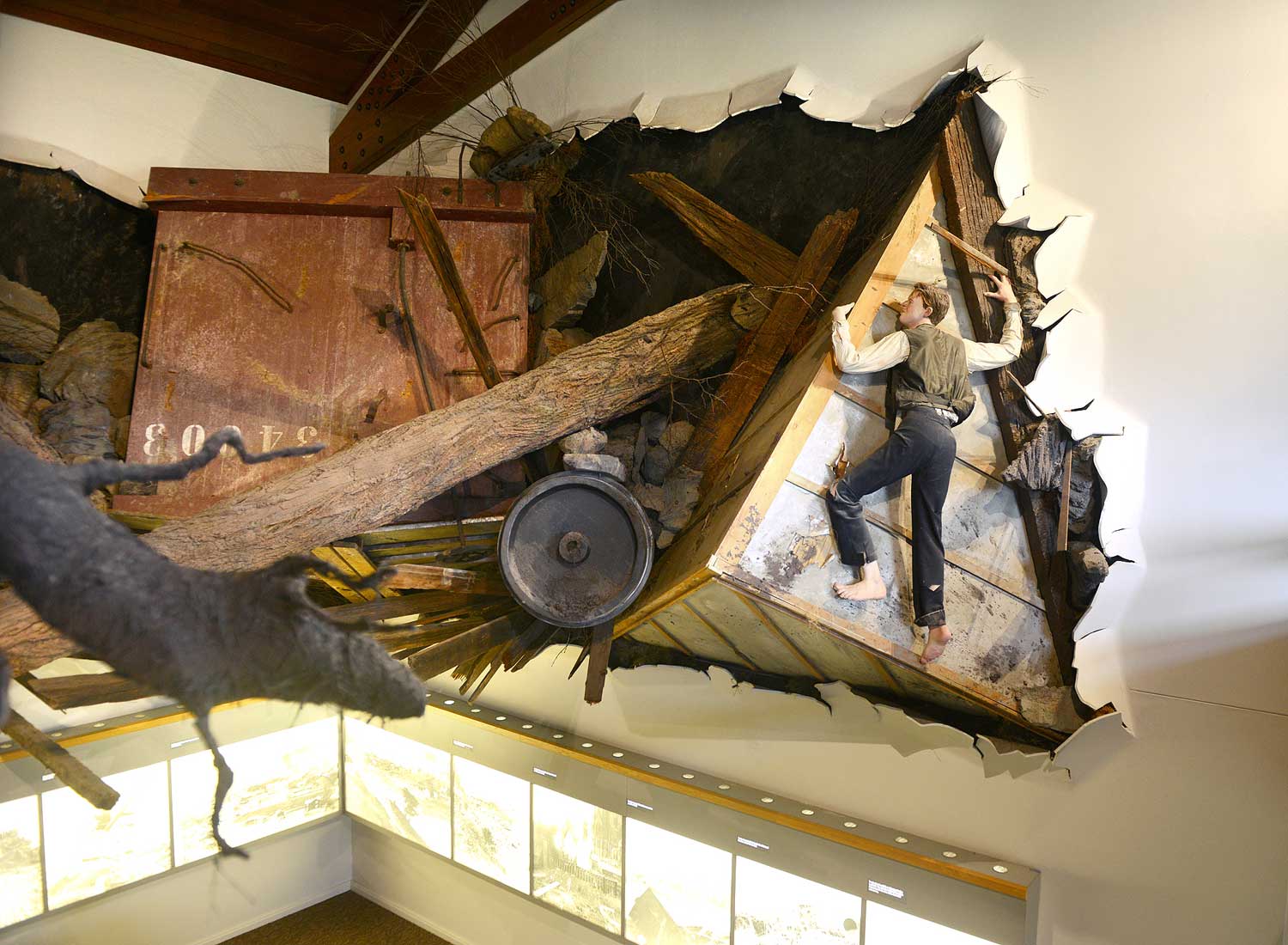 The Johnstown Flood National Memorial appropriately commemorates the death of 2,209 people, but also includes an amazing tale of one of the survivors.

His name was Victor Heiser. And in the visitors center’s impossible-to-ignore, life-sized depiction of the flood’s devastation and chaos — a mess of massive tree trunks, metal bars, a railroad car and house roofs that seems to jut from a two-floor tall wall — he’s the sculpted image of a teenager shown clinging to a roof.

His life story is tragic and amazing, and while part of it is highlighted in a recorded interview visitors can play, Nathan Koozer, a National Park Service ranger, tells a fuller version.

The 16-year-old Heiser had climbed to the roof of his house with all of his family in advance of the rapidly approaching flood when his father sent him down to the street to untie the family’s horses from a hitching post so they could swim away when the flood hit.

“As he untied the horses he heard the flood coming and raced to the roof of the building across the street, not his home,” Mr. Koozer said. “The roofs of both building were ripped off by the flood and went surfing through town. He described it later as like being in the middle of a big explosion.”

The boy survived. His parents did not.

The orphaned Heiser grew up, worked as a plumber and a carpenter, and eventually became a doctor. He joined the federal health bureaucracy, which assigned him to Ellis Island and then a post in Italy, where he survived a “mob hit.”

“He was at the boat dock, giving physical exams to people coming to America, when a guy asked him to leave his post so they could collect an illegal tax on those emigrating. Heiser refused and hit men for the Mora family followed him through town and one night he was attacked by a man with a knife,” said Mr. Koozer.

Dr. Heiser fought him off, and soon afterward built a public-health system for the American colonial government in the Philippines from 1903 to 1915 to combat myriad infectious diseases, including the plague, leprosy, smallpox, cholera and malaria.

Mr. Koozer said that while in the Philippines, Dr. Heiser survived the plague, which he contracted after he was bitten by a rat. He also survived the eruption of the Taal Volcano in 1911, which killed 1,334 people.

He continued to circle the globe to fight infectious disease and by the end of his career he is credited with saving 2 million lives.

He was 99 when he died in 1972, and is buried with his parents and many of the other flood victims in Johnstown’s Grandview Cemetery.