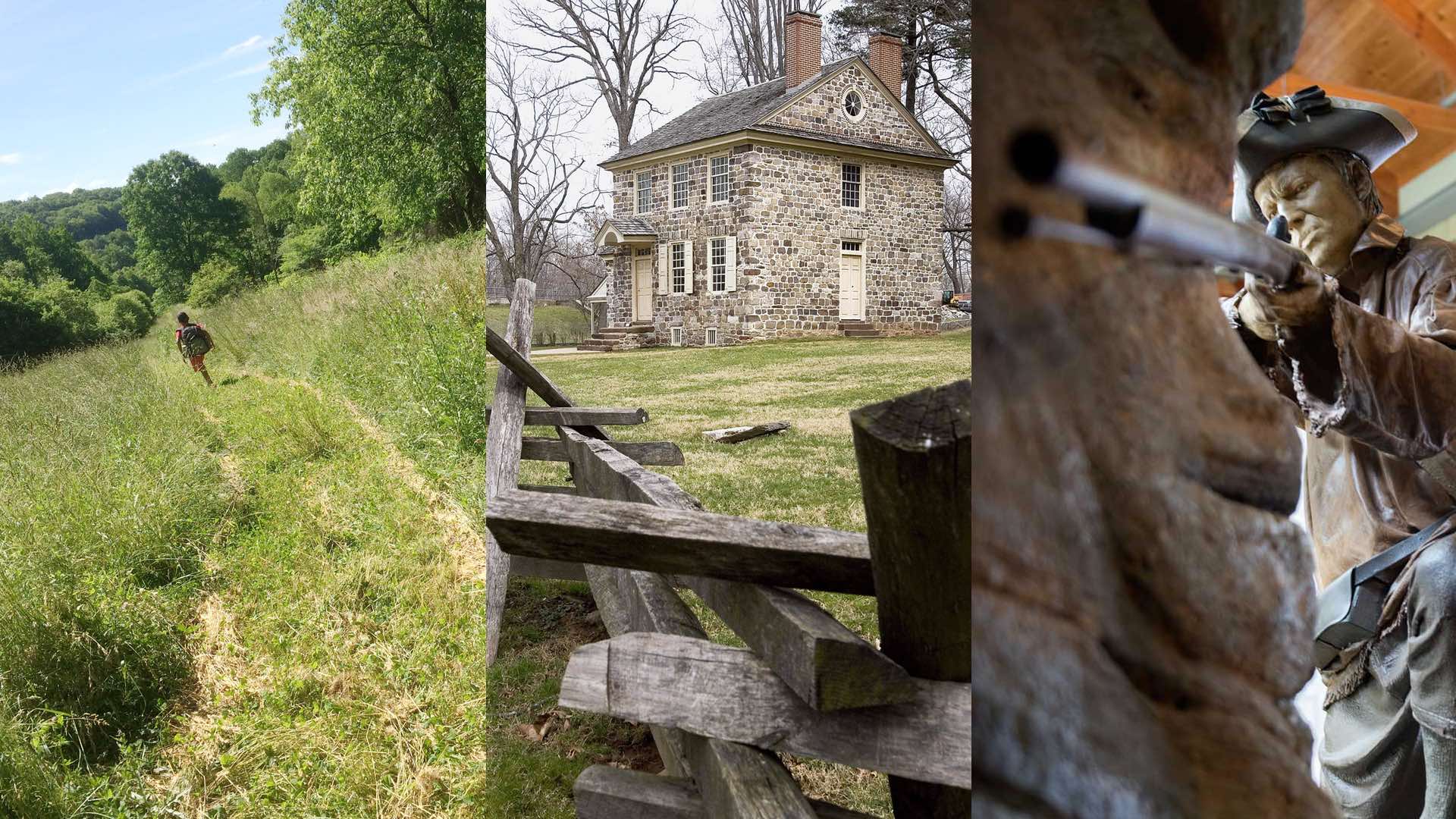 The nation’s park system has set a high bar.

From Yellowstone, the first national park, to Maine’s Katahdin Woods and Waters National Monument, its latest addition just last week, the park service preserves the country’s special places and embraces its ecological landscape and diverse social fabric in a way that long ago earned it Denali-high praise as America’s “best idea.”

Find your park for free

The National Park Service is celebrating its 100th birthday by waiving admission fees at all of its parks, monuments, battlefields, and memorials nationwide that charge admission.

The fee waiver will begin Thursday, Aug. 25, the anniversary of the park service, and run through Sunday, Aug. 28.

Also, at Fort Necessity, historic artillery weapons demonstrations will take place Thursday, Aug. 25, at 11 a.m., 1 and 3 p.m. At the Flight 93 Memorial, park rangers will present centennial programs from 10 a.m. to 3 p.m., Thursday, Saturday and Sunday. Children can participate in special Centennial Junior Ranger programs and earn a 2016 patch at all five NPS sites in the region.

But in a modern world where binge watching Netflix and Pokemon Go are just a thumb click away, interaction with wild things has dwindled for a growing number of Americans. They’ve become more sedentary, more likely to live in urban areas, and less aware of the natural world. Off-roading most often occurs in car commercials and rarely involves hiking boots. Park visitation has increased, but the iconic family vacation has gone the way of the station wagon.

As a result, the National Park Service is facing challenges as it moves into its next century as the steward of the nation’s most important places. NPS Director Jonathan Jarvis said it’s working hard to adapt.

“Our most immediate challenge and biggest goal is to begin building the next generation of park advocates and stewards,” Mr. Jarvis said in an interview about the future of the nation’s parks. “That’s why we launched our ‘Find your Park’ campaign last year, to target attractions to millennials and create connections. It’s why we started the ‘Every Kid In a Park’ program that gives fourth graders and their parents free park admissions. And why we enlisted Bill Nye [the Science Guy] and [actress] Bella Thorne as spokespeople.”

The service’s fiscal 2017 budget proposed an additional $20 million for the program targeting fourth graders, more than half of that to bring up to a million students from urban schools into national parks, and the remainder to hire an additional 100 program coordinators.

The tilt toward a more urban and minority population is also reflected in many of the recent site additions to the park system.

The park service has also tried to make its sites more accessible to students, including through the “Walking Classroom Program” initiative. Mr. Jarvis said school children participated in a walk on the Selma to Montgomery National Historic Trail in Alabama, in March 2015 to mark the 50th anniversary of the bloody civil rights march and the passage of the Voting Rights Act of 1965.

“The next generation is not interested in being spoon-fed history. They want to get out into it and experience it,” Mr. Jarvis said. “It’s all about bringing out the stories and connecting with people.”

Making those connections attractive to millennials and urban America is one thing. Keeping the park sites attractive is another, and just as difficult, given growing visitation and tight federal funding.

According to the park service, a dozen years of tightening budgets have created a $12 billion maintenance backlog and reduced park staffing. That in turn has put some of the nation’s most iconic natural treasures at risk.

“For a decade prior to 2015 the park service has seen a precipitous decline in its operations and capital budgets,” Mr. Jarvis said. “We lost a lot of rangers in the field. A lot of our infrastructure dates to the ‘Mission 66’ buildup that occurred on the park service’s 50th anniversary. The maintenance backlog is getting bigger and bigger.”

In anticipation of its centennial, the NPS budget was increased for fiscal 2015 to $2.61 billion, and bumped up again in fiscal 2016 to $2.85 billion. For fiscal 2017, the park service has requested $3.1 billion, with much of the increase slated for updating aging visitor centers, roads, campgrounds and water and sewer systems. Congress has yet to act on the request.

Mr. Jarvis said the park service has traditionally received bipartisan support on appropriations, but that hasn’t helped much in what he called Congress’ “highly constrained fiscal atmosphere.”

“The budget request for 2017 would allow us to address the backlog in a robust way,” he said.

The park service also is seeking to stretch its budget through through “friends groups” that raise money for, and work with, individual park managers. In Pennsylvania such groups include the Gettysburg Foundation,and Families of Flight 93. The park service has set a centennial-year goal to raise $350 million nationwide through such groups.

In addition, the park service is working with the U.S. Forest Service, the Bureau of Land Management and U.S. Fish and Wildlife Service, U.S Geological Survey and the Bureau of Indian Affairs on the 21st Century Conservation Service Corps, a $6 million work program that employs youth and military veterans on 60 outdoor restoration and maintenance projects in 20 states this summer. Private companies, including REI, American Express, Thule, Backwoods, American Eagle Outfitters, CamelBak, The North Face and Coca-Cola, are providing half of the funding.

Mr. Jarvis said the park service is also working to fix what he called its “perception issue.” That’s the mistaken belief that national parks are big western wilderness areas like Yellowstone, Yosemite and the Grand Canyon.

“It’s like an old Jay Leno ‘Jaywalking’ bit in which people standing under the cherry blossoms in Washington, D.C., are asked if they’ve been to a national park recently,” said Mr. Jarvis, who began his park service career in 1976 as a seasonal interpreter in Washington, D.C. “Most wouldn’t know they are surrounded by national park service properties. In Pennsylvania and elsewhere in the East, they don’t recognize sites as national parks, but they are historic or natural places owned and operated by the National Park Service.”

“Those were set aside after significant human impact on the land, and we have shown we can restore those lands back to their natural state,” he said.

The others focus on Eastern settlement and conflicts. That group includes Valley Forge National Historic Park,, Fort Necessity and Gettysburg national battlefields, and the Flight 93 Memorial, the Oil Region and Rivers of Steel national heritage areas.

“Those parks represent the story here, the aggregate story about how the nation was created, its foundation, the conflicts and westward expansion,” Mr. Jarvis said. “So they’re linked and part of the public awareness, the connection we are trying to create. We need to do a better job telling the lesser known histories and the stories of the lesser knowns.”